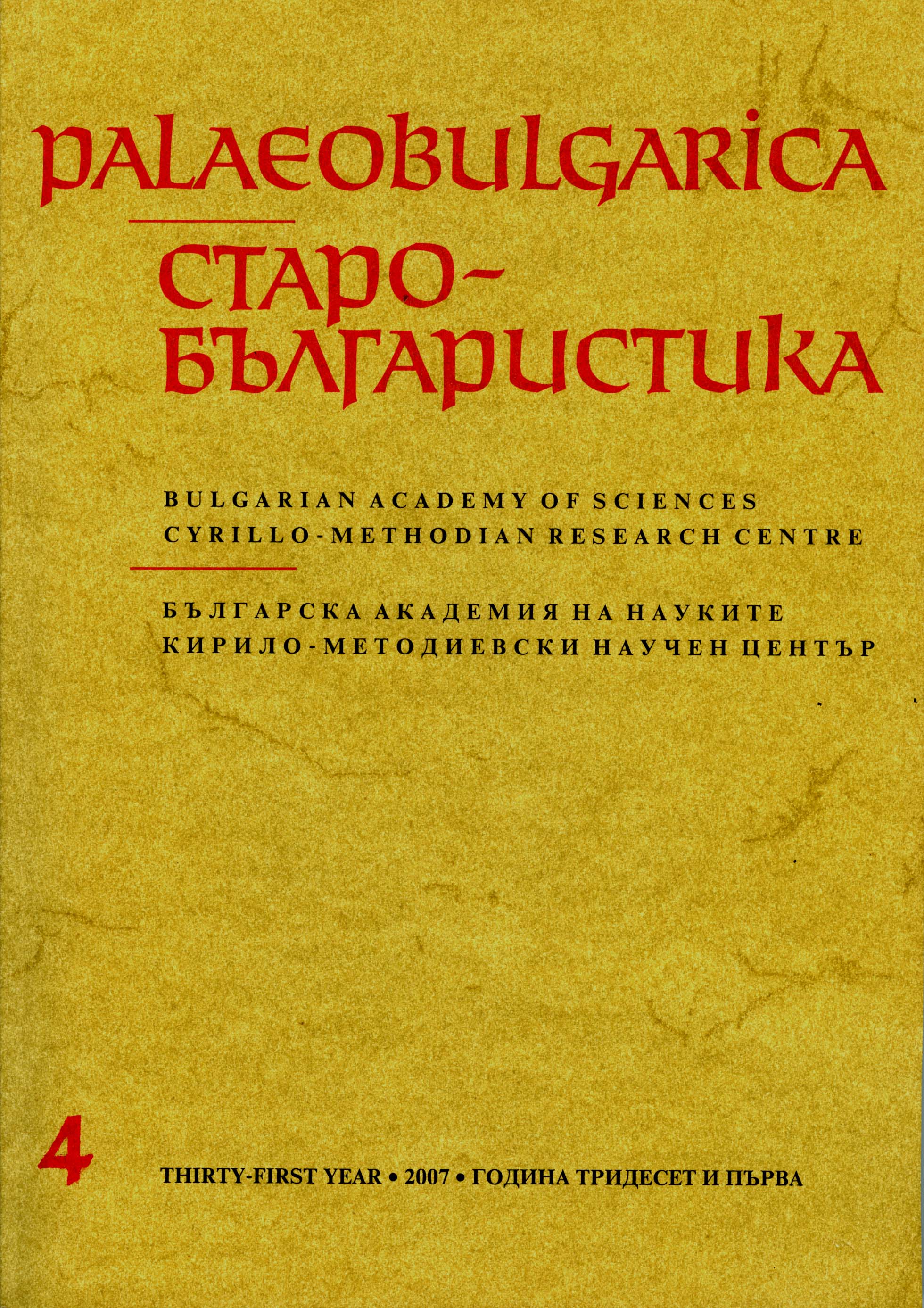 Summary/Abstract: The article summarizes the data regarding the spreading and the function of the oldest Slavonic penitential, known under the name "Zapovedi svetih otec" in the Glagolitic Euchologium Sinaiticum from the 10th—11th century. Together with this copy and the most archaic Cyrillic representative from the Ustjug Kormčaja (13th-14th century), many others reveal the large diffusion and reproduction of the same text in the South Slavonic area. The mss. date predominantly from the 14th-17th century and contain only excerpts from the original corpus of texts. The analysis focuses on about 30 copies from Bulgarian and foreign holdings of manuscripts. The object of special investigation are three redactions of epitimies that were given different titles of pseudo-attribution to St Basil the Great, St John the Faster or St John Chrysostom. One can suppose that the archetype of the most archaic ones appeared immediately after the Byzantine domination in the Bulgarian lands. It was a dynamic epoch for all Balkan peoples, especially for the Bulgarian State and Church - the time of literary excellence, of the fight against the heresy of the Bogomils and other sects, all of that ending with the Ottoman conquest. In that epoch the texts of the penitential discipline were necessary to help the South Slavonic priests to accomplishment their confessionnal duties and to imposing of penitence. As a consequence they were copied intensively and gained a special place in the social and cultural South Slavonic milieu. The linguistic analysis, especially that of lexical changes between different copies shows some significant features that shed light on the process of textualadaption. The manuscript tradition of the Commandments provides additional arguments for answering questions regarding the time, the place, and the authorship of the Slavonic translation as well as the literary tradition it belongs to.