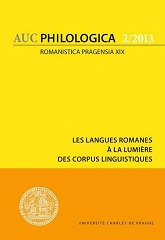 Summary/Abstract: One of the striking prosodic characteristics of contemporary French is the bidirectionality of its accentual system, in which the original stress location, inherited from Latin, coexists with a secondary word-initial prominence. After discussing positional, functional and phonetic aspects of these two types of stress, we describe a recent model of French accentuation which is based on a specific formalism known as the Optimality Theory. This model is then validated against empirical data, consisting of recordings of native and non-native French speakers. In the group of native speakers, the predictions are satisfied at 72% with the “strict” version of the model, and at 83% with the “loose” version (permitting constraint rearrangement). One of the theoretical assumptions which underlie the model is that initial accents are due to syntactic and phonotactic factors rather than informational structure. A detailed analysis of the mismatches between observed data and predictions allows us to propose several optional modifications of the system which may increase its phonostylistic potential. For the data obtained from advanced Czech speakers of French, the analysis shows only minor differences in the distribution of accents as compared to native speakers.