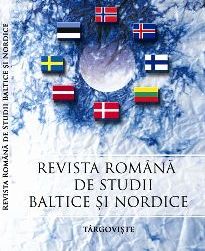 Summary/Abstract: The purpose of this study is to analyze what sorts of image Finnish schoolbooks have provided of Romania and why this image has been a certain kind. The analysis focuses on the key features of this image and the most pertinent factors that could explain it. It is apparent that the basic nature of this image has largely remained the same from generation to generation. The time period of the study begins with the birth of the modern Finnish school system to the modern day, or from the 1860s to the 2000s. Representations of foreign countries and other cultures in Finnish schoolbooks have been studied to some extent, but the image of Romania as part of this subject matter has so far been unexplored. The content of Finnish schoolbooks reflects the view of Romania of those who created them, as well as their attitude towards the outside world and diversity. Although there are many permanent elements in these images, there are also changes in emphasis and tone. Based on the changes found in this analysis, development can be divided into four successive stages. The first period includes the last decades of the 1800s until approximately the end of the First World War. The second period extends from the early years of the 1920s to the 1950s. The third period extends from the 1960s to the 1980s and the fourth includes the last two decades.