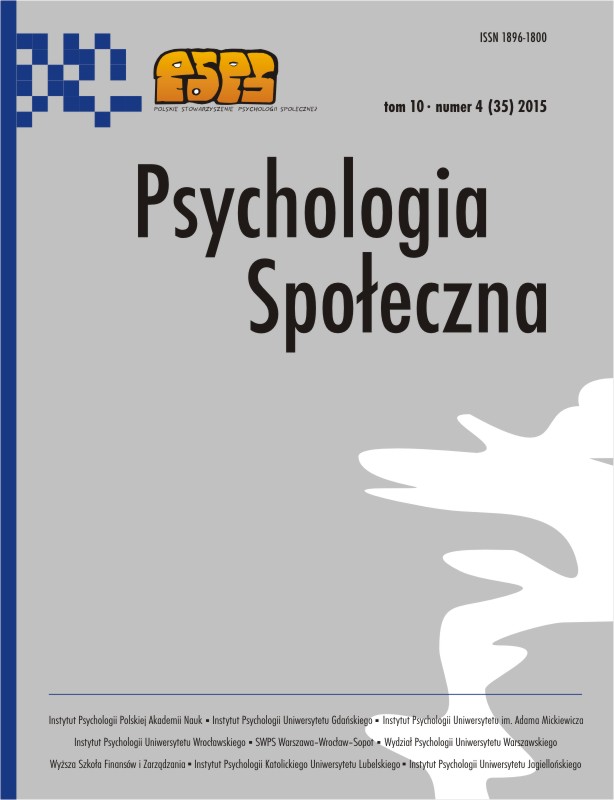 Summary/Abstract: The paper presents the critical analyses of a phenomenon called the self-humanizing effect. Self-humanizing is defined as the tendency to ascribe humanness more to the self than to others. It refers only to essentially human characteristic and not to uniquely human characteristics. The effect has been considered in the context of direct comparative judgments (people assess whether they possess given trait less, the same or more strongly than others). Most articles on this topic have not presented mean comparative judgments, which makes it impossible to determine the extent to which people under- or overestimate the extent to which they possess a characteristic. The present study (with 71 high school students as participants, 45 women), was a replication of the one of the first studies on self-humanizing (Haslam, Bain, 2007). The analyses were based on the means of comparative judgments. We found that people perceived themselves as similar to others in terms of typical human weaknesses (negative human nature characteristics) and rated themselves as significantly above average for both human nature and uniquely human desirable traits and as below average for undesirable uniquely human traits. It seems that being more human than others means possessing some human traits more than others and possessing some human traits (such as undesirable uniquely human traits) less than others.