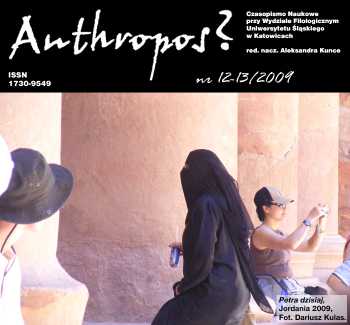 Summary/Abstract: Stanisław Brzozowski, one of the most brilliant Polish minds of the early nineteenth century, referred to Thoreau as to a "forest soul of houndred senses" which destroys the dirt of modern reality. In his native Concord, a small town, which in mid 1850s was considered to be the Athens of the United States, he held the position of a Socrates because, as his ancient Greek predecessor, he wanted to act as a disturbing factor to the complacent conscience of polis. It is this untiring questioning of social actions and agencies that originated the famous defense of the moral integrity of the individual as rendered in the epoch making essays on Civil Disobedience. His philosophy and life practice, the two spheres which Thoreau always tried to unite, constituted a profound criticism of the direction taken by modern society, while a two year long existential experiment on the shores of Walden pond outside Concord is to be understood as a spiritual exercise aimed at helping man to live a life characterized, as he famously described it in Walden, by "simplicity, magnanimity, and trust". Extensive field trips, which took the philosopher to fields, woods, and rivers, were not only explorations of nature but, first of all, were meant to provide him with the appropriate and necessary distance o matters of human community. It is the non-human foundations of the human world that interest Thoreau. Reading through the fourteen volumes of his Journal, we realize that the philosopher does not suggest a simple dychotomic model of the world in which roles and values had been already determined. His thought is not energized by the nostalgic attempt to merely recreate the original wildness as opposed to superficial urbanity. Instead, Thoreau takes recourse to imagination, a force, as he notices, neglected by modern society, to propose a philosophy in which human community with its history and multiplicity of individual biographies redefines itself through the non-human. In Thoreau, ecological or biocentric reflection serves social functions, and his work meets the demands which Wright Mills sets before what he describes as the "sociological imagination". What is at stake is not a refutation of Western culture but reflexive rethinking of its institutions and traditions as well as principles of economic growth and property as a foundational concept of Western democracy.