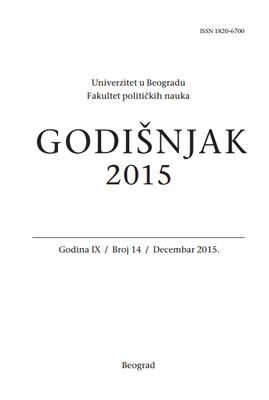 Спорови о појму народа
Disputes on the Concept of People

Summary/Abstract: In this paper we want to point out the limitations of the most important moments in the ruling (sceptical )notion of people/nation, where, at least when it comes to criticizing/ destruction of the term, converge outlook of Marxism, political liberalism, and postmodern/ de-constructivism. The main critical theses against, we hold, one-sided criticism towards the concept of people are placing an overemphasis on arbitrariness and the fact of being-constructed in it, and overlooking the peculiarities of the process of crystallization in the history of what was first a matter of sheer accidentallity. In dialogue with the disputed topoi in the perception of the people are at the same time indicated the guidelines to reflect this problem.