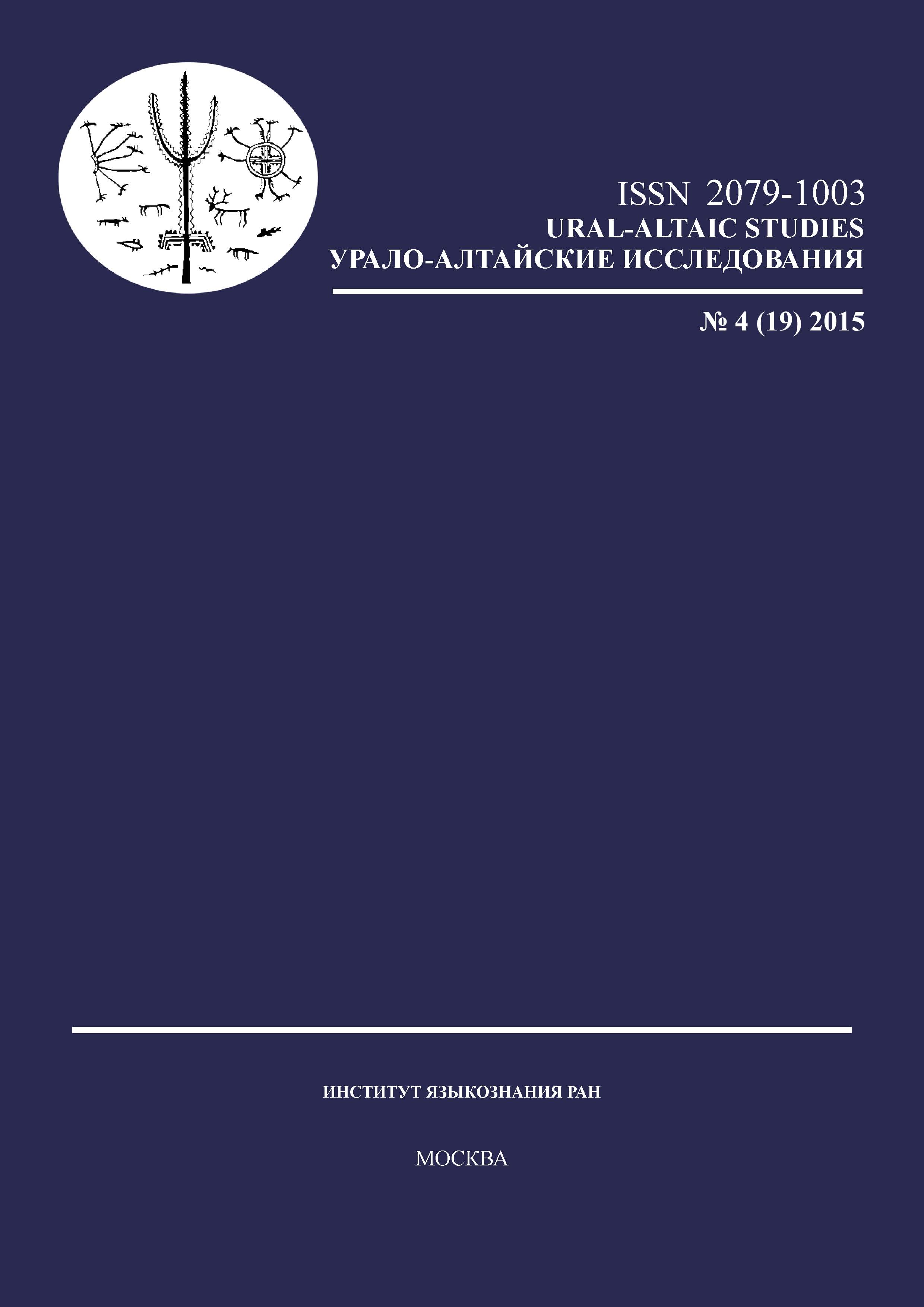 Summary/Abstract: The author discusses a particular matter of the historical phonetics of the Turkic languages, which is a phonetic realizationof the labial consonant in the language of Mahmud Kashgari’s “Divan”, which differs from the similar labial consonantsw, v and f, because it is specially marked by the Arabic grapheme “fa” with two additional points (so called “fa with threepoints”). The author’s interpretation differs from the ones in wideknown editions of “Divan” (made by B. Atalay, R. Dankoff,etc.), but is similar to T. A. Borovkova’s point of view and is based on the description of the probably similar consonant in themodern Turkmen and Tuvan languages (the bilabial voiced β, but not w). The solution of this particular matter allows us tohave a fresh look at the problem of succession of the medieval Turkic language, described by M. Kashgari, and the modernTurkic languages.