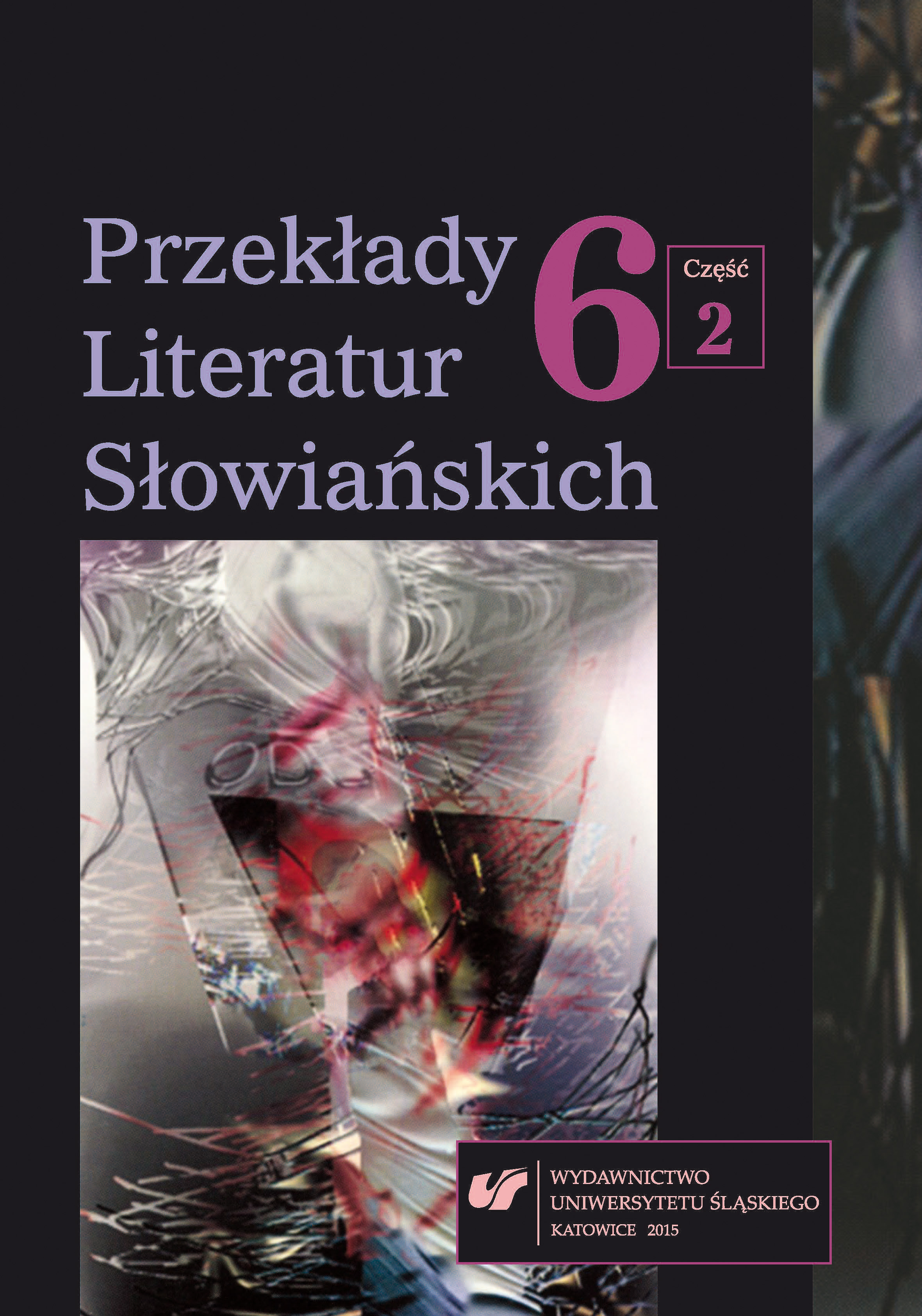 Summary/Abstract: The time span that divides the novel “Czerwony Błazen” (“Red Clown”) written by Aleksander Błażejowski, from the Slovak translation by Tomáš Horváth, is 89 years. The original version contains several archaic features on multiple levels. This article concerns with the analysis of the archaic features solely on the lexical level. The aim of the analysis is to find out if the translator has tried to maintain the archaic character of the novel (archaic from today’s point of view). There are several historical oddities in the novel (“Dorożka”). In the article, there are examples of the words that contemporary Polish lexicography considers archaic, even though the Dictionary of Warsaw, compiled in the same period as the novel “Red Clown”, recognizes the same words as neutral. All those archaic examples were substituted by neutral Slovak words by Tomáš Horváth. On the other hand, the translator used the method of compensation — where the Polish original text contains neutral words, in the Slovak translation archaic Slovak expressions were used. It is clearly visible that the translator tends to choose bookish expressions (skanúť, skyva chleba), which leads to the theory that he has planned to achieve the impression of an archaic text by using the bookish expressions. Nevertheless, the translator has not been consistent and his translation strategy is violated by informal, spoken words at unsuitable places.