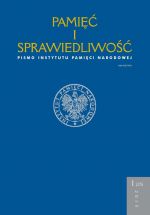 O używaniu i nadużywaniu historii. Polityka historyczna i kultury pamięci w Europie Środkowo- i Południowo-Wschodniej (1791–1989)
Uses and Abuses of the Past. The Politics of History and Cultures of Remembrance in East-Central and Southeastern Europe (1791 to 1989).

Summary/Abstract: The ‘long’ 19th century and the wars of the ‘short’ 20th century decisively shaped the cultures of remembrance of the national societies and nation-states of East-Central and Southeastern Europe. The national liberation movements, the wars of 1912/14–1918, the founding of new states in 1918–19, the turn to authoritarian rule in the late 1920s and the war years of 1939/41–1944/45 continue to shape – together with the legacy of communism and medieval myths – the collective memory of contemporary Poles, Hungarians, Slovaks, Czechs, Romanians, Bulgarians, Albanians, Serbs, Macedonians, Croats and others.If Oskar Halecki and Jenő Szűcs have identified a historical meso-region of a ‘wider’ East-Central Europe characterized by common structural features, one can also identify a post-imperial and post-communist ‘community of memory’ between Plžen and Poltava, Tallinn and Thessaloniki. This shaping of the past in people’ s minds has taken place in a threefold manner. First, the individual memory of quite a number of people who had experienced World War II, the interwar period and even the ‘three’ Balkans Wars is still alive. These memories differ substantially depending on ethnicity, political affiliation back then, and on present-day political needs. Those hunted during the Second World War record rather different memories than those who participated in ethnic cleansing, for example. There have been floods of memoirs written about the recent past throughout the region. Second, in these until rather recently non-literate but ‘oral’ societies family memory continues to play an important role – a role that was strengthened considerably under the decades of communism when memories not compatible with the official master narrative were suppressed. And third – and perhaps most importantly – the post-1989/91 governments’ uses and abuses of the past are primarily an iteration of the ‘politics of history’ propagated by governments of the interwar period and earlier.