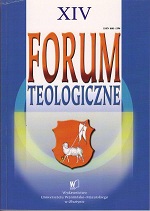 Summary/Abstract: The first Waldorf school was founded by Rudolf Steiner in 1919 in Stuttgart for the children of employees of the Waldorf-Astoria factory. The anthroposophical doctrine created by Rudolf Steiner, which originated on the basis of theosophical thought of a known occultist Helena Bławacka, constitutes the school’s worldview basis. The anthroposophical concept of man and the world, accepted by Waldorf education, determines its work methods. Hence, in younger classes the appropriately chosen fables, fairy tales and legends are used, which provide preparation for the future thought and judgments of youth. The most important subject, often called “the school’s heart” is eurhythmy. It is a specific art of movement, gesture, sign and symbol, which enables pupils to achieve the harmony of body and soul in aesthetic and musical experience. It is called sacred, initiatory art by the anthroposophers themselves. The fact that the fundamental basis for the Waldorf school is anthroposophy accepting reincarnation, self-salvation, and Satan as a good deity, and Jesus Christ as a sun deity, makes it impossible to align with Christianity.