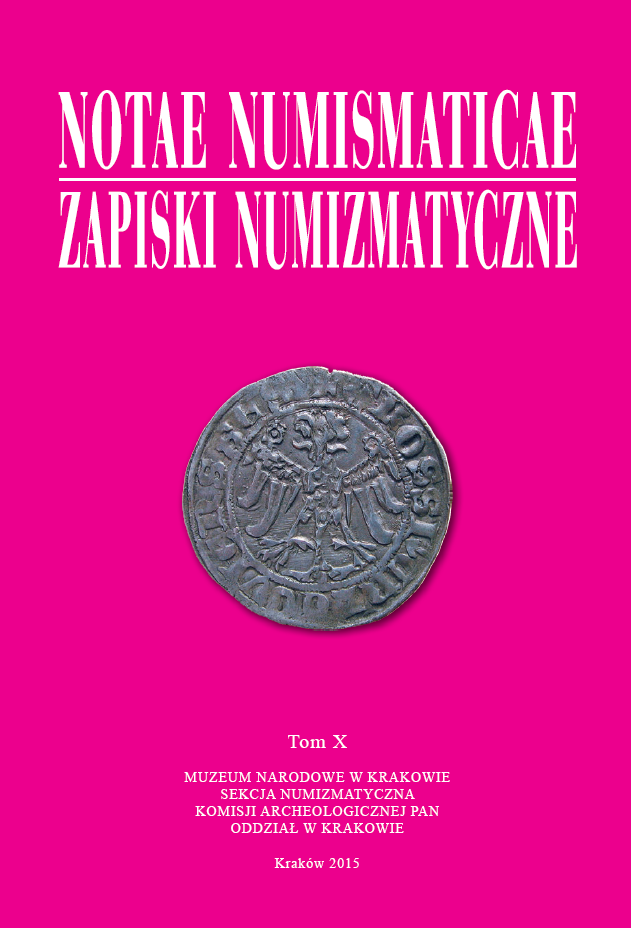 Summary/Abstract: Two lesser-known satrapal coin issues, which both date to the Achaemenid period, are discussed in this article. The first is represented by a unique bronze piece which bears the image similar to the well-known “Great King/Iranian horseman” issue. The coin was probably struck in south-western Asia Minor or the Levantine-Egyptian region around 350–333 BC, although the issuer remains unknown. The second issue is made up of silver obols with an Iranian horseman on the obverse and a walking Iranian-clad personage on the reverse. The most similar coin types to both come from Tarsiote coinage from the end of the 5th century BC.As a result, this issue is attributed to the Tarsos mint and dated to c. 400 BC ora little earlier. The coin was probably struck by a local ruler called Syennesis, who ruled Cilicia around approximately 400 BC.