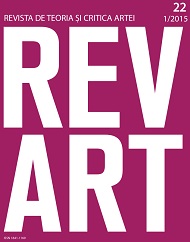 Summary/Abstract: Shortly after photography has been discovered, it was brought to Romania, where it became a genuine hobby for the aristocracy of the time. Not anyone could have practiced photographic art and not anyone could have had the luxury to have an immortalized image on a piece of paper. The Romanian reality has taken later on into consideration the art of photography. Although its discoverers (J. N. Niepce, 1765-1833 and Jaques-Mande Daguerre), had established it in France, it was only in 1842 when the invention was implemented in Brasov, as the first camera is bought in 1840 by the head of Eforie School, Petrache Poenaru, for the St. Sava College. Although it was a foreign property , it must be mentioned the first photographic laboratory at Podul Mogosoaiei in 1843 and later, the second one in 1845, that belonged to I. Pohlmann. It had that the monotone life with its daily pleasures or difficulties to be shocked by wars, so that the adventurous photographers to leave their idyllic home places and portraiture laboratories, in order to reveal to the society the brutal life and death realities in that period. So it starts the glorious epopee of war journalists that were present all over the war theaters, many of them sacrificing they own lives for the noble cause of showing the truth.