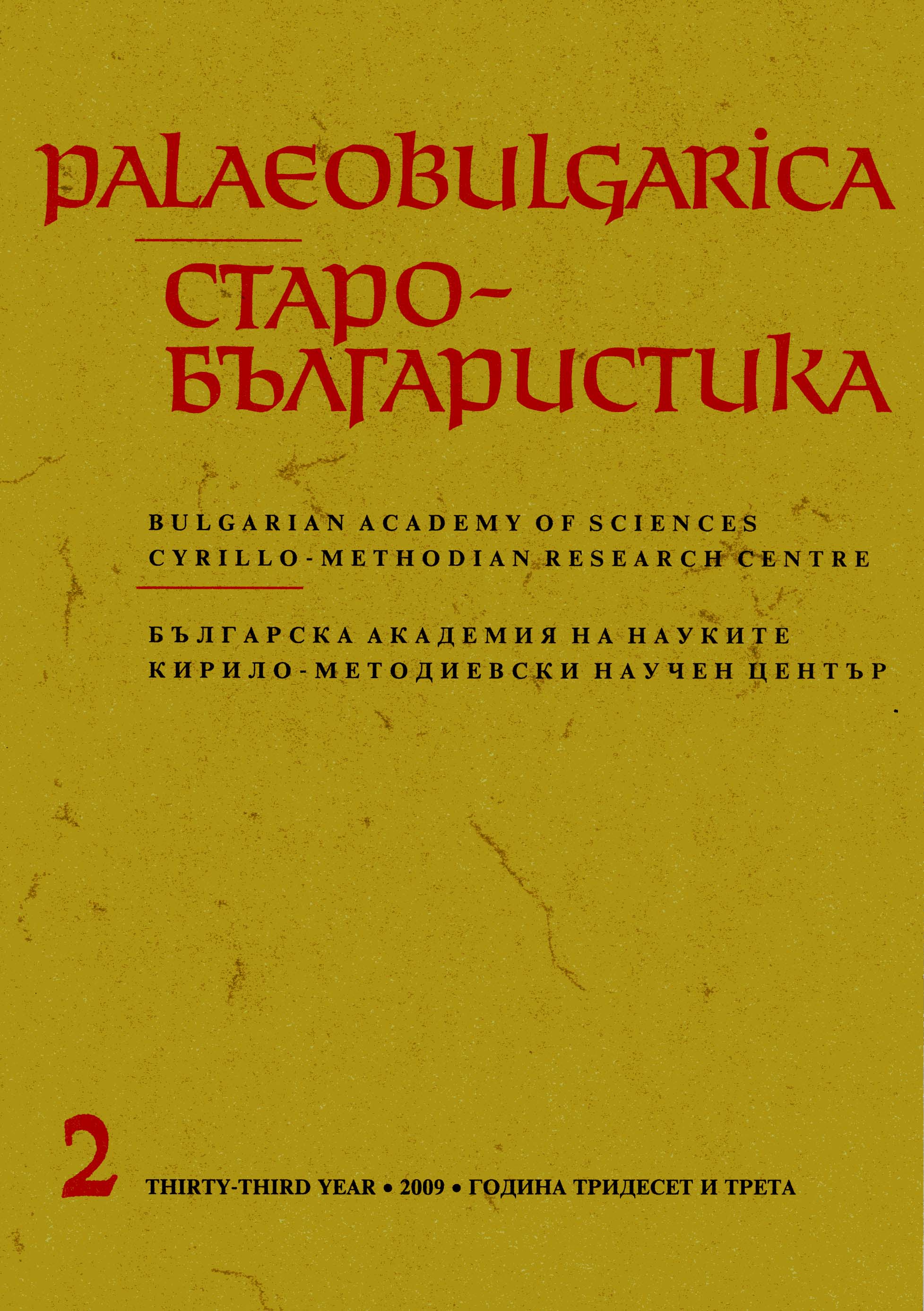 Summary/Abstract: Relying on the main sources describing the reign of Tsar Petar (927-969), viz. information from Byzantine historians and contemporaries as well as from the Bulgarian apocryphal chronicle, the article reviews the conditions for the emergence of his cult. The main traits of the presentation of Tsar Petar as a saint are outlined and his rank in the hierarchy of sainthood is determined. The author discusses examples that highlight his qualities as a wise ruler and a protector of the Christian faith and praise his personality. This positive picture is projected on his kingdom and enhances the prestige of the Bulgarian ruler at the Byzantine imperial court. Special attention is paid to liturgical texts as the most important source for the cult of a saint. The typological analysis of the cult of Tsar Petar is followed by a critical assessment of the various opinions expressed in the scholarly literature with regard to the time and the place where the Service for Tsar Petar originated as well as the process of canonisation. Various strands in the characterisation of Tsar Petar in his cult are analysed, and possible contaminations with another cult are discussed. Of particular interest are arguments in favour of the hypothesis that the Service for Tsar Petar is the basic source for his cult and that the cult is monastic. The opposite thesis, according to which the cult is rather imperial and political (since it relies on the unity of holiness, power, and people as well as on the main traits of the political doctrine of Bulgaria under Tsar Petar), is presented as well. The analysis allows for the conclusion that the cult represents different tendencies, none of them being dominant. It is therefore impossible to describe the cult as belonging to one of the traditional types (monastic, hieratic, cult for a hermit, a desert saint, a teacher, a ruler).