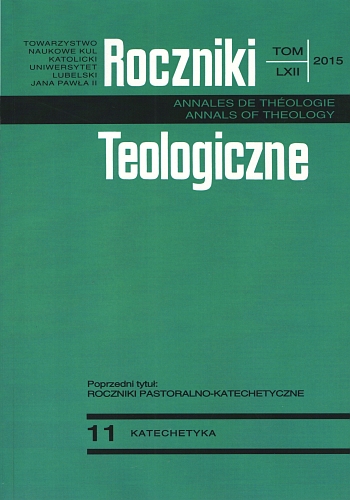 „Wiara i polskość”. Powstanie i pierwsze lata działalności szkoły polskiej w Rzymie w czasie II wojny światowej
„Faith and Polishness”. The Establishing of the Polish School in Rome and the First Years of its Work During the Second World War

Summary/Abstract: History of emigration is inscribed in the history of many nations and countries; in this history it is just the citizens who are outside their countries that cultivate their national identity, the language, customs and religion. These nations also include Poles, who also in Italy took care of the attachment to their Polish identity and to the Catholic faith. „The faith and Polishness” are the two components that in the ideological and practical dimension accompanied Polish emigrants. The article shows an unknown person – Teodor Feliks Domaradzki – who was the founder and the first headmaster of the Rome school, and his cooperation with Mother Teresa Kalkstein, the Superior General of the Sisters of the Resurrection, whose result was the service to Polish emigrants in starting their school education in the Polish language.