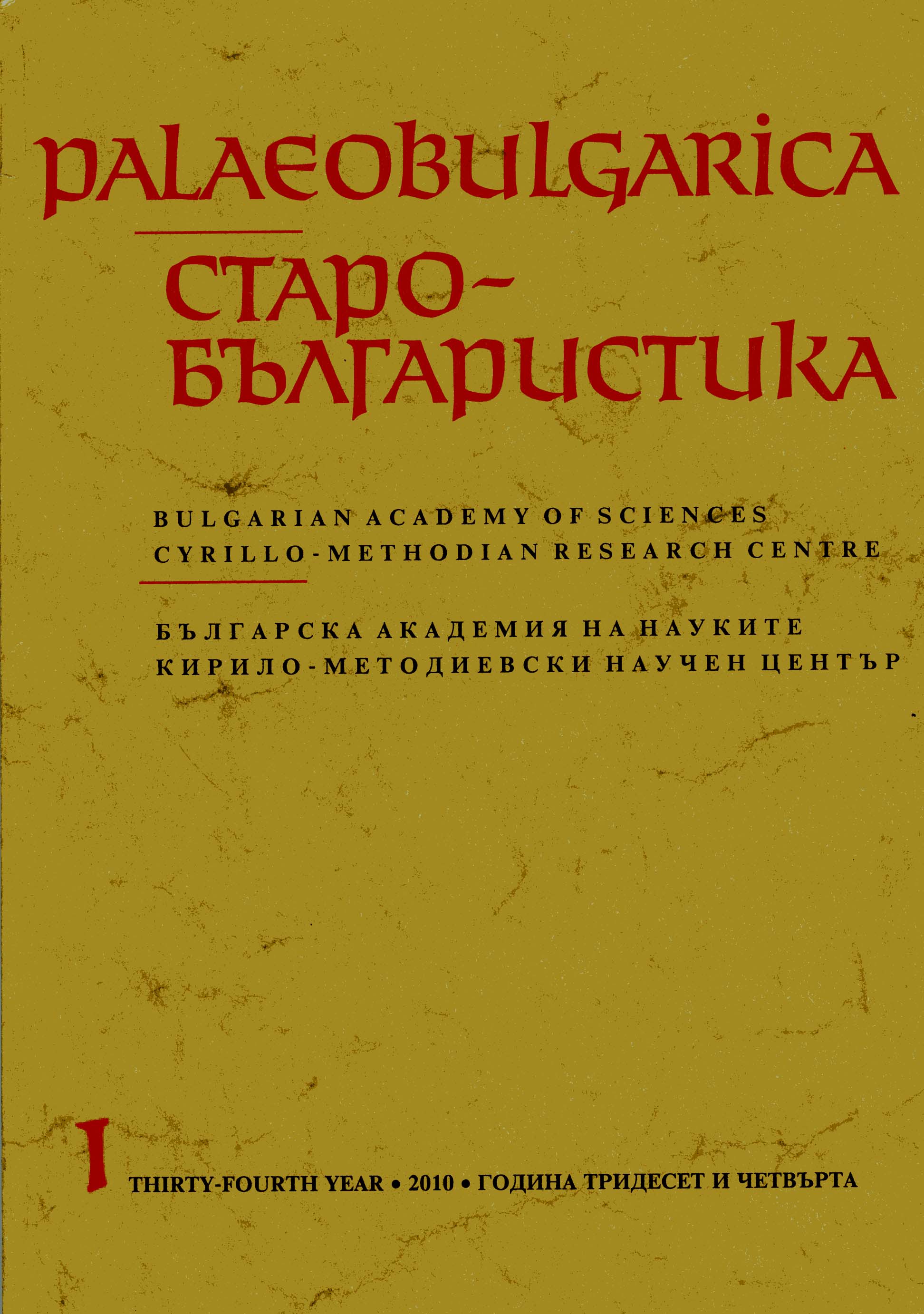 Summary/Abstract: Bulgarian historiography maintains that after the death of emperor Smilets (1292-1298), his infant son, John, became the ruler of Bulgaria, and the real rulers of Bulgarian empire were his mother (Smilets's widow), whose name is unknown, and her son-in-law, Aldimir. This perception is based on two extracts in the typikon of a monastery in Constantinople. Its ktitor was Theodora, the sister of emperor Smilets's widow. The document says that Theodora's nephew, John Paleolog, the son of a Bulgarian noblewoman, died on the 8th of August, before 1330. Many scholars agree that the father of John Paleolog may have been the emperor Smilets and that after the latter's death he therefore inherited the throne. Against this conclusion a lot of arguments may be adduced: 1. No one of the contemporaries or later authors writes about an infant Bulgarian emperor. 2. John is referred to as a child of the former Bulgarian queen, but not as a son of emperor Smilets. 3. The emperor's title of John Paleolog is not mentioned in the document. 4. John was not a tool in the hands of Byzantine diplomacy as a challenger in Bulgaria. 5. In 1299 Smilets's widow agreed to marry the Serbian King, Stefan Milutin (1282-1321). This means that she was willing to deprive her son of his crown. 6. Smilets was an usurper and that means that he had never had a legitimate heir. 7. Precisely the lack of a Bulgarian emperor allowed Theodore Svetoslav (1300-1322) to enter Turnovo easily in 1300. 8. Smilets's widow was born between 1267 and 1270. In the early 14th century, she could possibly have had some children from her second marriage. 9. The Byzantine historian Georgius Pachymeres (1242-ca. 1310) alludes to the fact that Smilets's widow married again in Constantinople. The event is dated to 1305. 10. Even though Smilets had been dead for a long time, Georgius Pachymeres continues to refer to the widow as his wife. Regarding the events in 1305, when she arrived in the capital of Byzantium, the same author calls her "the former wife of Smilets". He does so in this place only talking of the strengthening of a marriage union. It can be concluded that probably John Paleolog was a son of the widow of Smilets from her second marriage.