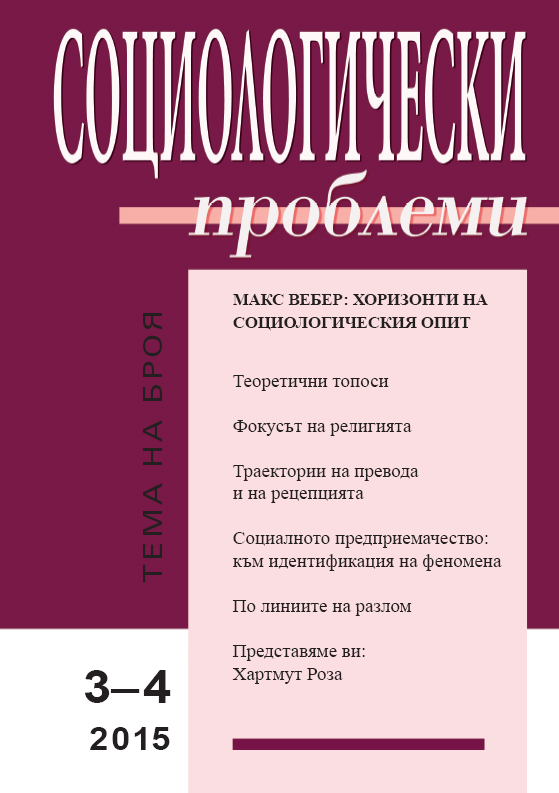 Summary/Abstract: Based on suggestions for a self-reflexive approach to translation in the social sciences, the article discusses Weber’s understanding and representation of Indic religions and Indian civilisation as articulated in particular in volume 2 of his Gesammelte Aufsätze zur Religionssoziologie (Collected Essays in the Sociology of Religion). After a brief discussion of Weber’s sociology, and incipient typology, of social actors’ relations to the world (Weltbeziehungen), as he sees them enshrined in the so-called “world religions”, and of his concept of rationalization the article turns to Weber’s interpretation of Hinduism. Two aspects are picked up for closer examination: Weber’s interpretation of the concept of karman and his portrayal of bhakti religiosity. The article criticizes the self-set limits and the distortions in Weber’s interpretation of these major elements of Indian social and religious history. It concludes with the observation that any attempt to make productive use of Weber’s sociology of social actors’ relations to the world and of his comparative theory of civilization would have to first address the ambivalences and unresolved questions of Weber’s approach as exhibited by his representation of the religions of India.