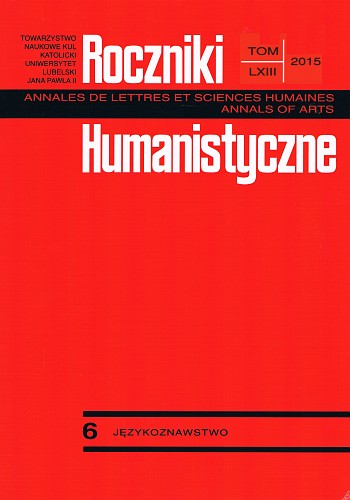 Summary/Abstract: The article presents the problem of different ways of communication between hearing impaired people in Poland. The aim of the text is to discuss not only the ways of communication, but also to present how hearing impaired people perceive and evaluate Polish Sign Language (PJM), Polish (spoken and written) language and Polish signed language (SJM). The analyzed material comes from the website www.deaf.pl, newspaper “The World of Silence” and other texts written by hearing impaired people. The conveyed analysis have highlighted that deaf people are strictly confirmed that PJM is a valuable way of communication. What is more, they claim that PJM is also the symbol of being a deaf person, that is a part of deaf community and culture. They also perceive Polish language and SJM (the subcode of Polish language) as a foreign language, difficult to learn and the language that is imposed by hearing majority. Such negative valuation of SJM and Polish language influence on the perception of bicultural and bilingual education among deaf people in Poland.