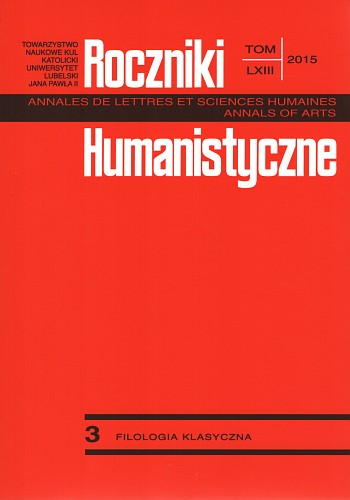 Summary/Abstract: Adversus Nationes by Arnobius is a controversial apologia. What may surprise the reader of Adversus Nationes the most is the concept of creating the man which alludes to Plato's Timaeus but also the contempt for all that is human – his body, his condition and his soul. It must be stressed, however, that such attitude was common in the culture of this time, reaching its peak in gnosticism. According to Arnobius, human mind is not capable of comprehending the nature of God and at the same time it does not allow to practice pointless, often bloody cults. This article attempts to show Arnobius's apologetic strategies, which aim at discrediting senseless piety. According the Rhetor of Sicca Veneria, religiousness without reason is nothing more but superstition. In Adversus Nationes Arnobius laid foundation for many centuries long debate on the question of fides et ratio.