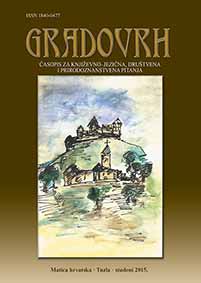 Summary/Abstract: Since the Middle Ages there has always been a continuous interest in the Jewish tribe in English literature. Apart from William Shakespeare, other great writers such as Geoffrey Chaucer, Christopher Marlowe, CharlesDickens, George Eliot, and James Joyce have all created Jewish characters with varying degrees of prejudice. Yet for more than four centuries, Shakespeare’s The Merchant of Venice with its compellingly effective representation of its title Jew, Shylock, has remained the most controversial one among all the works dealing with the Christian-Jewish antagonism. A sa result the question of anti-Semitism has always been the popular concern for critics ever since. This will also be the very problem to which this paper intends to give a plausible answer. For centuries, The Merchant of Venice has delighted and confounded its readers. Pouring himself into the life and deeds of both the Jewish and Christian characters, Shakespeare has provoked various interpretations of his work. To begin with, the uncomplimentary depictions of Jews in The Merchant of Venice have fed the anti-Semitic prejudices of writers like T.S. Eliot, D.H. Lawrence, or Ezra Pound. Less controversial critics, however, have sensed in this work paradoxical portrayals of the “imperfect” Christian characters and “villainous” Jews. This discovery may indeed lead us to meditate upon the real intentions of William Shakespeare.