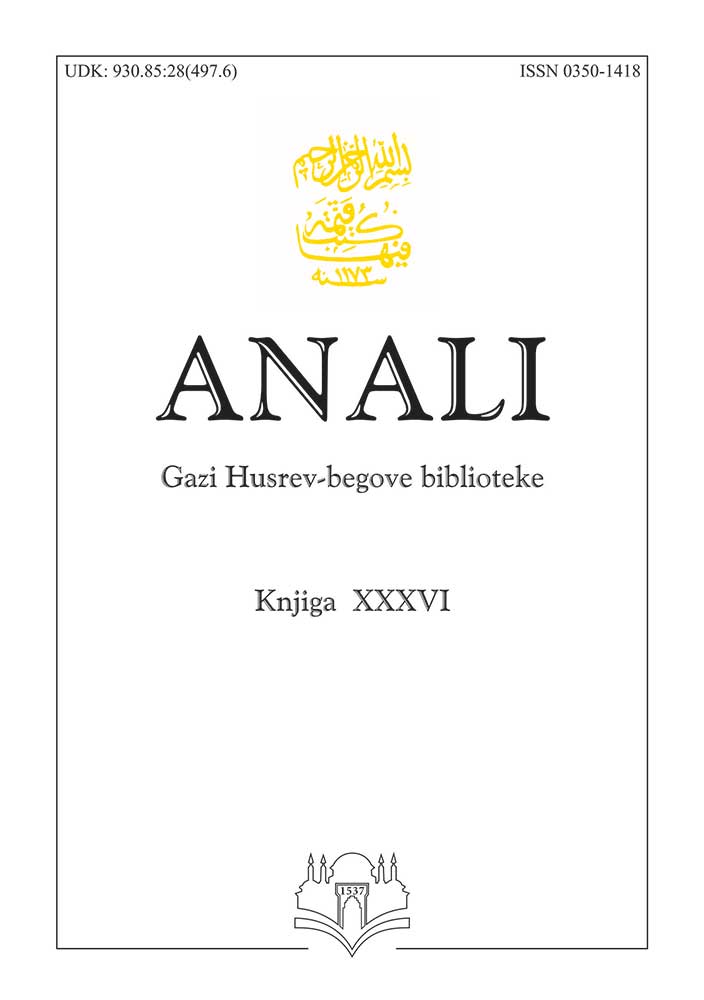 Summary/Abstract: Education is the most important social activity. Prosperous societies are constantly doing researches and analyses in order to improve their educational systems as a means of ensuring social, economic, and cultural development. This paper is focusing on educational system in the territory of Bosnia and Herzegovina during the Ottoman rule. Its purpose is to determine and interpret education of a Bosniak woman and her social role in that period. Analysis of the relevant texts proved that Bosniak women acquired knowledge in various institutions such as maktabs, schools, tekes, etc., using Arabic lettering and Bosan􀃾ica (Bosnian Cyrillic). They had a notable place in the society and were independent in management of their properties and even invested/founded their possessions in social institutions, especially those of educational character. They were involved in many social activities and were awarded titles like bula, hodzha, vaiz, muallim, hafiz, hajji, founder, and even sheikh. Also, some of them were managers of various institutions, trying to give contribution to the wellbeing of the society, primarily through education and investments in educational institutions or in their maintenance.