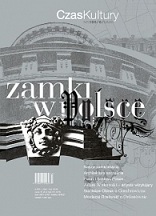 Summary/Abstract: One might think that the 1953 Palace of Culture and Science in Warsaw, originally known as the Joseph Stalin Palace of Culture and Science, and the 1910 Imperial Castle in Poznań have nothing in common. For citizens, these equally disliked buildings were symbols of foreign domination, and they therefore wanted them destroyed. Finally, both became the subject of urban legends and merged into the city landscape. Today we might see these two buildings as phantasmagoria erected with great effort.