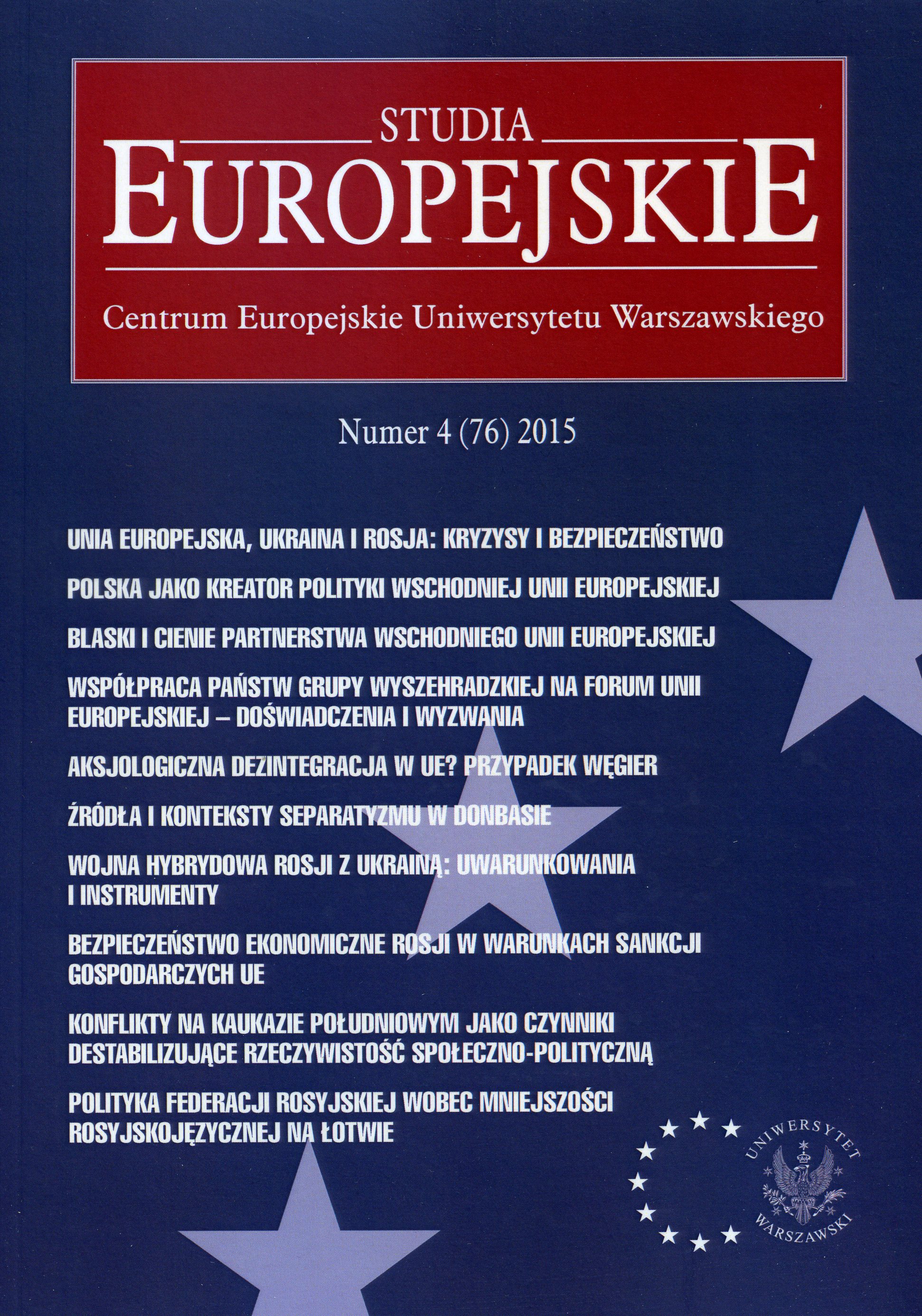 Summary/Abstract: The paper aims at presenting determinants and instruments applied by Russia in its hybrid war against Ukraine. The aspect of information warfare will be emphasised in particular. This aspect seems signiﬁcant due to the fact that Russia launched a wide-scale and well-planned information war in its struggle for power in Ukraine. As a consequence of information space in Ukraine not being consolidated around one particular entity (as opposed to the space in Russia), the war applies tools characteristic for propaganda and derives from models set by the Soviet propaganda. By means of diverse instruments, Russia moulds the image of the great Russia which looks after Russians, and manipulates information, creates false facts and draws on myths lingering in the consciousness of the post-soviet states. Russia plots, very much like Soviet Union did, a conspiracy theory accusing the West of being the origin of all cultural, economic and political threats.