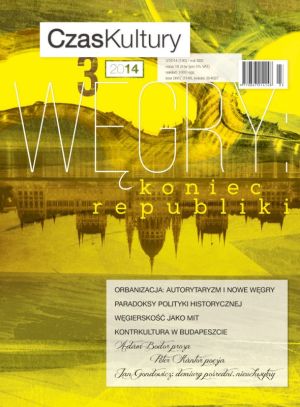 Summary/Abstract: “National identity” is a complex notion. From the perspective of the social sciences, “national identity” is a constructed element of identity, an aspect of cultural identity. Linked to this approach, “national identity” is a changing and situational construction. Nevertheless, “national identity” includes a “sense of stability” for those who consider themselves as “belonging” to a particular nation. The mythologization of a “national community and culture” creates, strengthens and legitimizes this “stability”. We can clearly observe the process of spiritualization and mythologization of the nation recently in Hungary. Right-wing governments and parties, the strategic officers of “national politics”, and the churches are constructing and redefining the concept of the “Hungarian nation”. With this in mind, several questions arise: How do the sacred and nation relate to each other within the concept of “Hungarian national identity”? How do historical narratives convert into a “mythical memory” in Hungary? What kinds of values, auto- and hetero- stereotypes are related to “Hungarian-ness”? Who are the “good” and “bad” Magyars, the “insiders” or “outsiders” in the constructions of the “Hungarian national identity”? What symbols and rituals are expressed in mythologizing? The essay will address four points: (1) Hungarian “creeds”; (2) the role of churches in the spiritualization of “Hungarian-ness”; (3) the meeting of Christian spirituality and national mythology; and (4) the interconnection of national identity and politics in Hungary. In the last section, I analyse two interviews carried out by a Catholic weekly with the current Prime Minister of Hungary. We will see from this example how the political leader of Hungary describes “Hungarian values and mission” and how the mythologization of the “Hungarian nation” has become the emphatic part of Hungarian political ideology.