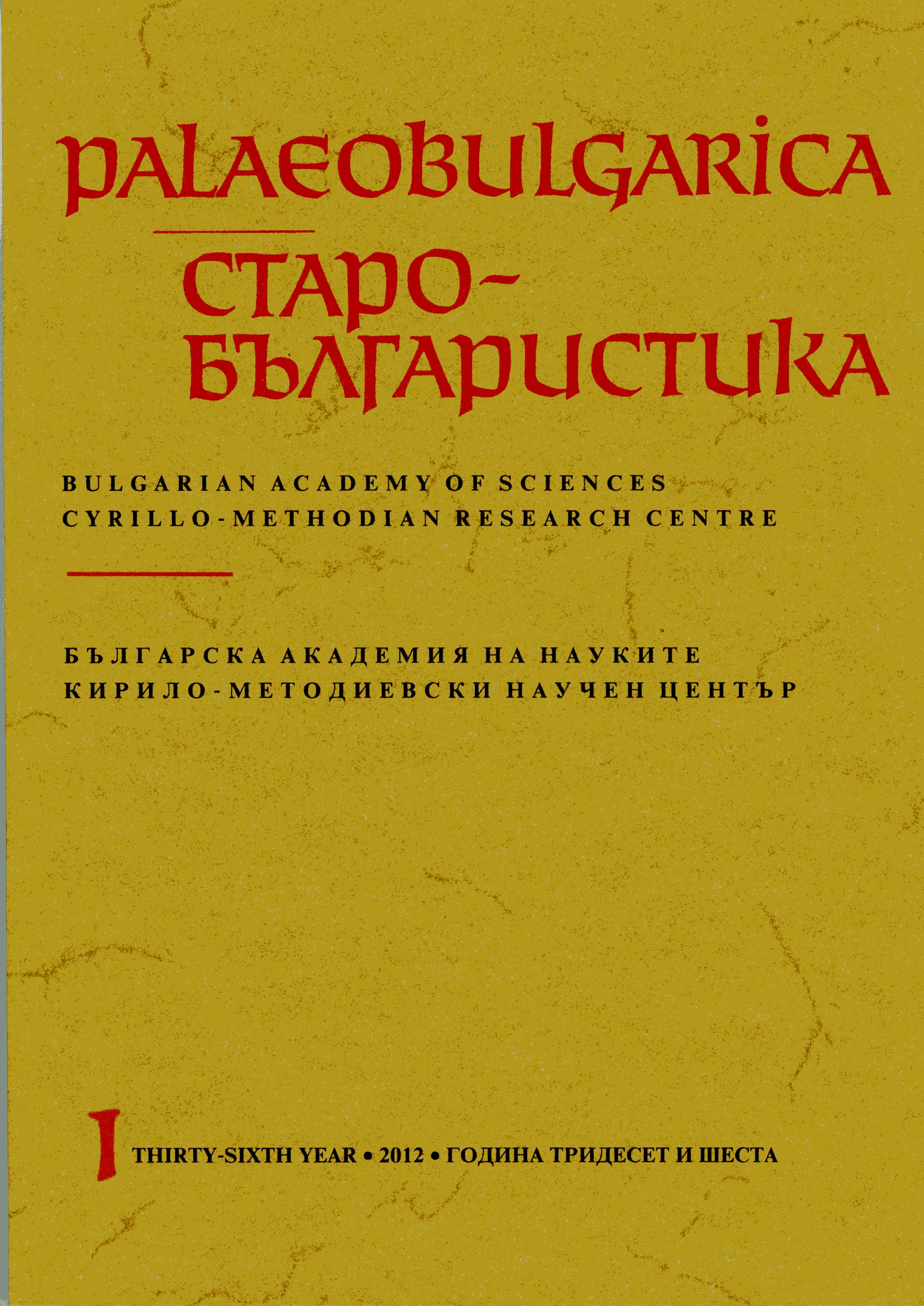 По следите на една теза и една антитеза, или отново за един русизъм в Зайковския требник от първата половина на XIV век
Following up on a Thesis and an Antithesis or About a Word of Alleged Russian Origin in Zaikov's Trebnik (Book of Needs) from the First Half of the 14th с.

Summary/Abstract: The article again poses the problem as to Russian loan-words in Zaikov's Trebnik (Book of Needs), a parchment MS from the first half of the 14th с (N 960 in the SS Cyril and Methodius National Library in Sofia). Research on the MS has for a century now been mentioning four Russian loan-words: лошадь, гоготати, рот, сватия and their presence in it is pointed to as an example of Russian lexical influence in South-Slavonic literature. The author dwells on one of these lexemes – the common noun ротъ and proposes a new hypothesis. In the South-Slavonic, and in particular in the Bulgarian, literary tradition one meets the Russian loan-word ротъ “mouth”. This is so in the well-known Berlin Collection from the 14th с In Zaikov's Trebnik, which is from the first half of the 14th c., however, the Russian word ротъ, does not exist and instead we see the word рота “oath”.