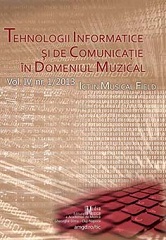 Summary/Abstract: The use of technology within the context of a music lesson is now well established practice with most schools placing significant emphasis on the acquisition of technological skills. Similarly, outside of school, the availability of numerous free software packages allows children access to relatively sophisticated music programs providing them with the opportunity to compose, record and mix their own musical products. Given the increasing role which both music and technology play in the everyday lives of children, using appropriate pedagogy to facilitate the development of musical skills is becoming increasingly important. Similarly, issues around developing inappropriate stereotypical attitudes are now being seen as a possible barrier – preventing individuals from achieving their potential and making their contribution to society. This study explores the use of a notation software program by boys and girls in a primary school in Tokyo, Japan. Children in the study were asked to complete a musical composition using the notation package whilst observations were carried out of their process. Initial findings suggest that some significant differences occur in the way that boys and girls approach composing as an activity. An issue which in turn, can have significant impact on the way in which music teachers organize such musical activities.