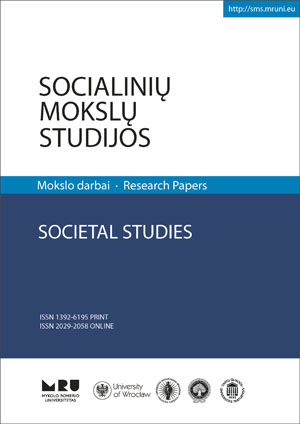 Summary/Abstract: This article aims to present a picture of how a university discipline has been created in Lithuania, given the background of changes caused by the Lithuania’s emancipation from the Soviet Union. Th e theoretical frame of reference is provided by a modified model of Bronfenbrenners developmental ecology. Data collection has primarily been in the form of interviews with university staff from Lithuanian institutions for higher education. In addition to the interviews, literature lists, course schedules and other key documents have been collected and analysed. The analysis focuses on individual’s conceptualisation of three main areas. The study demonstrates how the creation of management and economics as a university discipline in Lithuania has been formed by a combination of political/ideological, economic, institutional and individual factors. One of the study’s main contributions is to highlight the signifi cance of the concept of academic freedom and to focus on the paradox, where constraint under the old system is replaced by another form of constraint. In this case, where the rigidity of the old Soviet doctrine is replaced by a new freedom; but instead of being given greater opportunities to influence and change the subject, the academic staff are forced into a position where, once again they are subjugated to the influences of international sources.