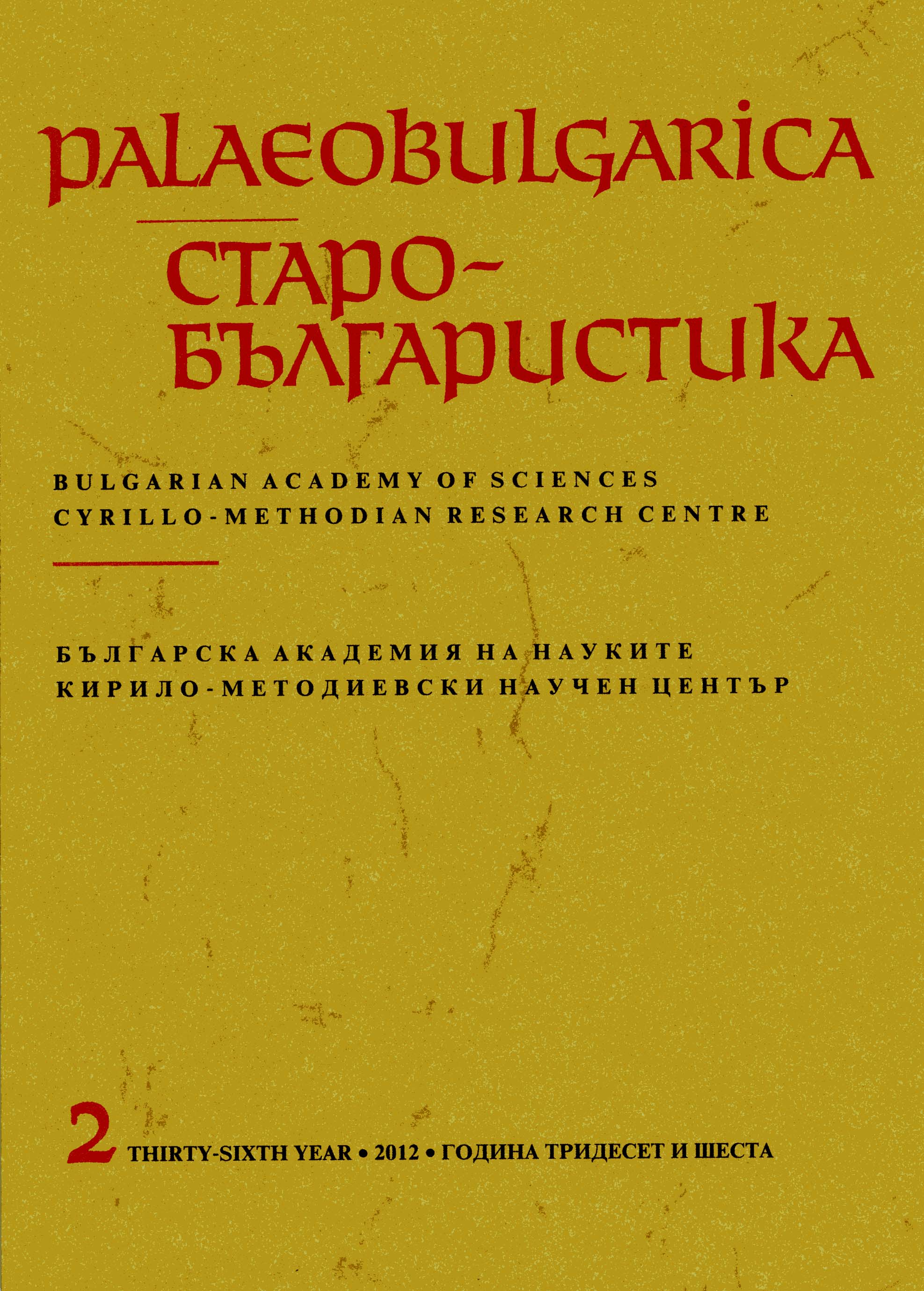 Summary/Abstract: The article analyzes three pieces of information from the above-mentioned Life, which refer to the history of the Bulgarians in the second half of the 10th с 1. The prophecy St. Fantinus made in 965 on the capturing of the city of Larissa in Thessaly by the 'enemies' - Bulgarians. 2. His prophecy made in Thessalonica (between 965-967) about a divine prevention of the Bulgarian attack against the city and its vicinities. 3. The story of a miracle with a Thessalonica servant, which happened after the Saint's death (probably in 986). The data from the Life provide new information about the Bulgarian-Byzantine relations during the reign of Peter (927-969) and Samuil (986-1014). The data's introduction into science adds new facts to the history of Bulgaria of the 10th с.