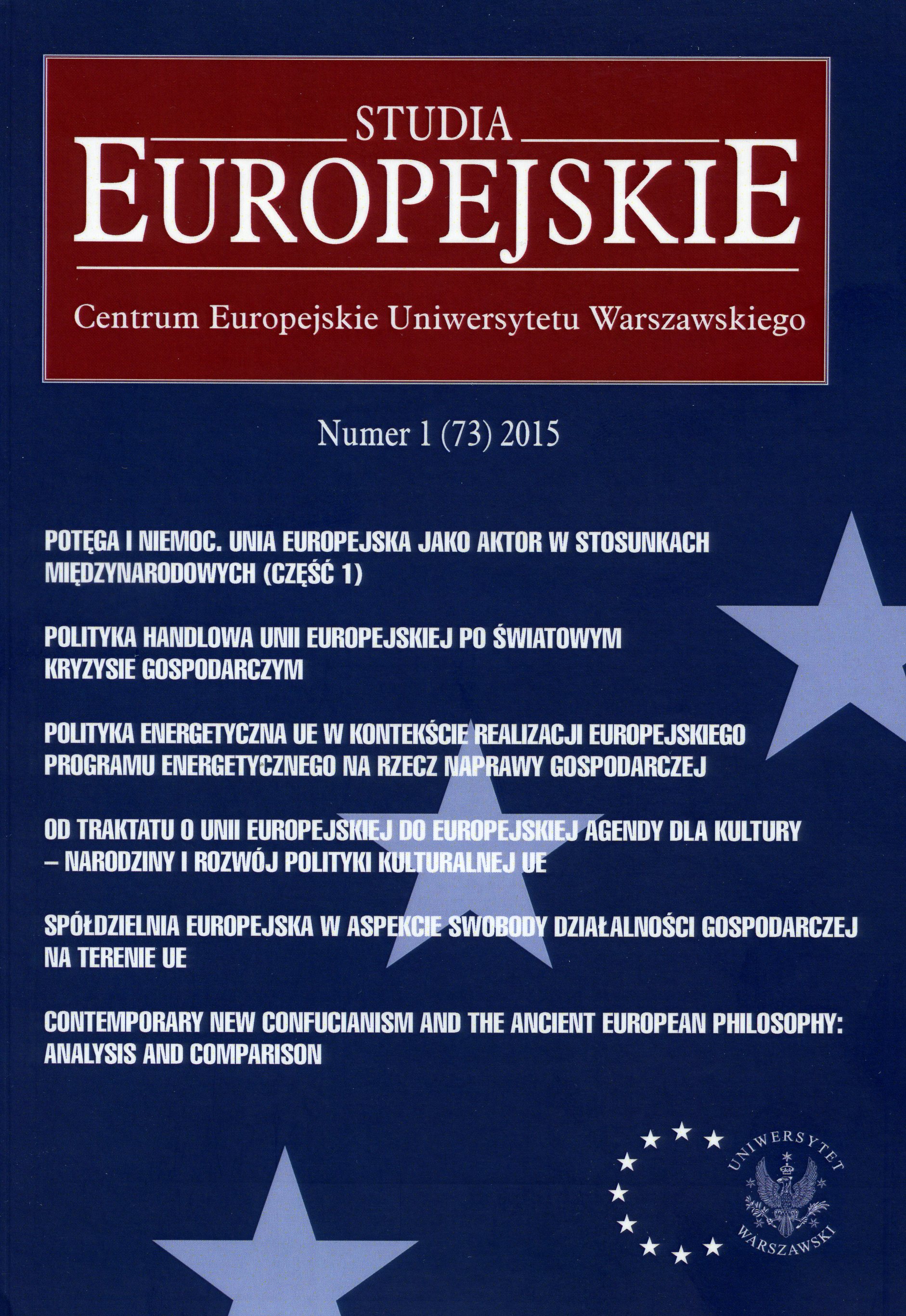 Summary/Abstract: The article analyses the European Union as an important actor in contemporary international relations. The ﬁrst part of the paper characterises and deﬁnes the EU as a speciﬁc, unique participant in international relations and subsequently presents its capabilities and instruments in this sphere. These capabilities result from the EU’s high position and role in the global arena, and the EU’s most important instrument in this context is external policy, which includes economic external relations (in which the EU is an economic giant) as well as the foreign and security policy, the weaknesses of which make the EU a political/military dwarf. The second part of the article is devoted to an analysis of these problems, examines the main deﬁciencies of the EU’s foreign policy and proposes remedies, including greater Communitisation of the foreign and security policy to improve its effectiveness. The ﬁnal deliberations focus on the attempt to predict the position of the European Union in the future world, most probably more multipolar than the world of today.