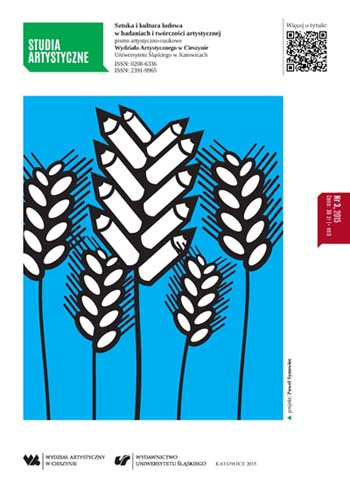 Summary/Abstract: The common motif about a Podolanka, present in folk literature, encompasses not only Silesia (including Upper, Lower and Cieszyn Silesia), but also the whole territory of Poland, Czech Republic, Slovakia, the Ukraine and partly Romania and Lithuania (having its origin in Northern Italy). The Ballad of a sister murderer is not known among Germanic peoples, although it should be noted that in Western Europe there are also ballads in which the main character is an assassin being a mother, stepmother, daughter, sister, wife or mistress. The victims are, among others, children, sons, sons-in-law, parents. In Cieszyn Silesia the motif appears in the collections of A. Cinciała, as well as J. Roger, J. Tacina, S. Bystroń. It is also not unfamiliar to authors of Czech or Slovak collections.