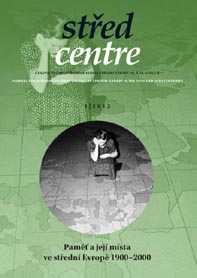 Summary/Abstract: The article analyses the “Iron Curtain” as a Czech site of memory. The official communist narrative denied the Western term “Iron Curtain” and asserted the legalistic argumentation of “state borders protection” supported by nationalistic and ideological arguments. After the fall of the regime in 1989 and the opening of the state borders, the Western “Iron Curtain” paradigm was adopted by the democratizing Czech society whereas the communist narrative became marginalised. It did not disappear, though, and both interpretations, the “Iron Curtain” as a central part of the new mainstream discourse and the “state border protection” as a peripheral part of post-communist memory, have remained alive side by side.