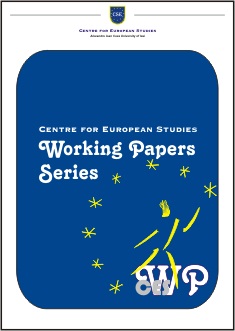 Summary/Abstract: In this paper we have evaluated the influence of the modification of public investment level and unemployment rate on the general government deficit at the European Union level. We have created a regression model that shows that a sustained and increased investment policy and the reduction of unemployment rate have a favorable effect on the objective of minimizing the budget deficit. In the last years European Union’s countries had to face a difficult problem concerning fiscal policy. They had to make public investments to stimulate economic growth and, in the same time, they had to meet the convergence criteria’s of public deficit. On the other hand, EU has to deal with a higher rate of unemployment. Through our model we try to see how European Union countries should implement their political strategies on unemployment and investment with the main objective of reducing the general government deficit.