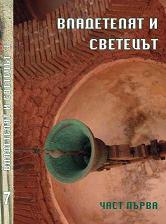 Summary/Abstract: The Greek word μελαγχολία is a two-stem formation and literally means 'black gall'. In the ancient texts it had a pejorative meaning of 'madness, insanity'. It means also one of the four basic human tempers. The humoral theory is a result of the combination of the ancient percep¬tion of human organs as places where the human qualities are located, with the ancient reverence and respect to the figure four, which is the numeral of the horizontal world with its four directions, the safe, well-known and mastered world. During the ages, melancholia was connected with the planet Saturn which dominates the winter months and the zodiac signs of Capricorn and Aquarious. Saturn is the slowest planet and may be that is the reason why it is associated with old age, winter and death. There is a number of pictures named Melancholia, the most famous is may be that of Albrecht Diirer, and the one of Lukas Cranach is not less impressive.