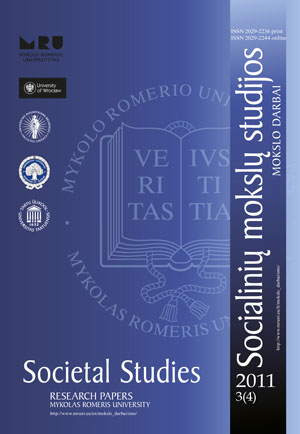 Summary/Abstract: The “average consumer” standard is a concept introduced by the practice of Court of Justice of the European Union, formulated in its cases on the free movement of goods, misleading advertising, as well as analysing questions related to the trade mark protection. That is a hypothetical average of all consumers (or their particular group), on the basis of which the impact of the provided information on economical behaviour of a particular consumer is judged. The Court of Justice defines an “average consumer” as an informed, observant and reasonably circumspect person together providing the flexibility necessary for the application of this concept. Analyzing the contents of the “average consumer” concept, the particular attention in this article is focused on the fact that after the adoption of Directive 2005/29/EC of the European Parliament and of the Council of 11 May 2005 concerning unfair business-toconsumer commercial practices in the internal market, normative definition of the “average consumer” concept was for the first time introduced into the legal act. This fact undoubtedly affected future application of the “average consumer” concept both by the Court of Justice and national courts, especially with regard to the Directive’s total harmonisation character and its extremely broad field of application. The article highlights one of the most relevant problematic aspects of the Unfair Commercial Practices Directive — its impact on litigation arising from consumer contracts. The author justifies the wide “average consumer” standard application model, noting that the provisions of Directive 2005/29/EC must be analyzed systematically with other consumer protection instruments, particularly adopted when harmonizing contractual consumer legal relations. In this way it is intended to bring more clarity and to give guidance for national courts and consumer protection institutions, applying this model in practice. At the end of the article after summarizing the main results of the research, the main conclusions are drawn by excluding the main advantages and disadvantages of applying the “average consumer” standard when protecting consumer rights.