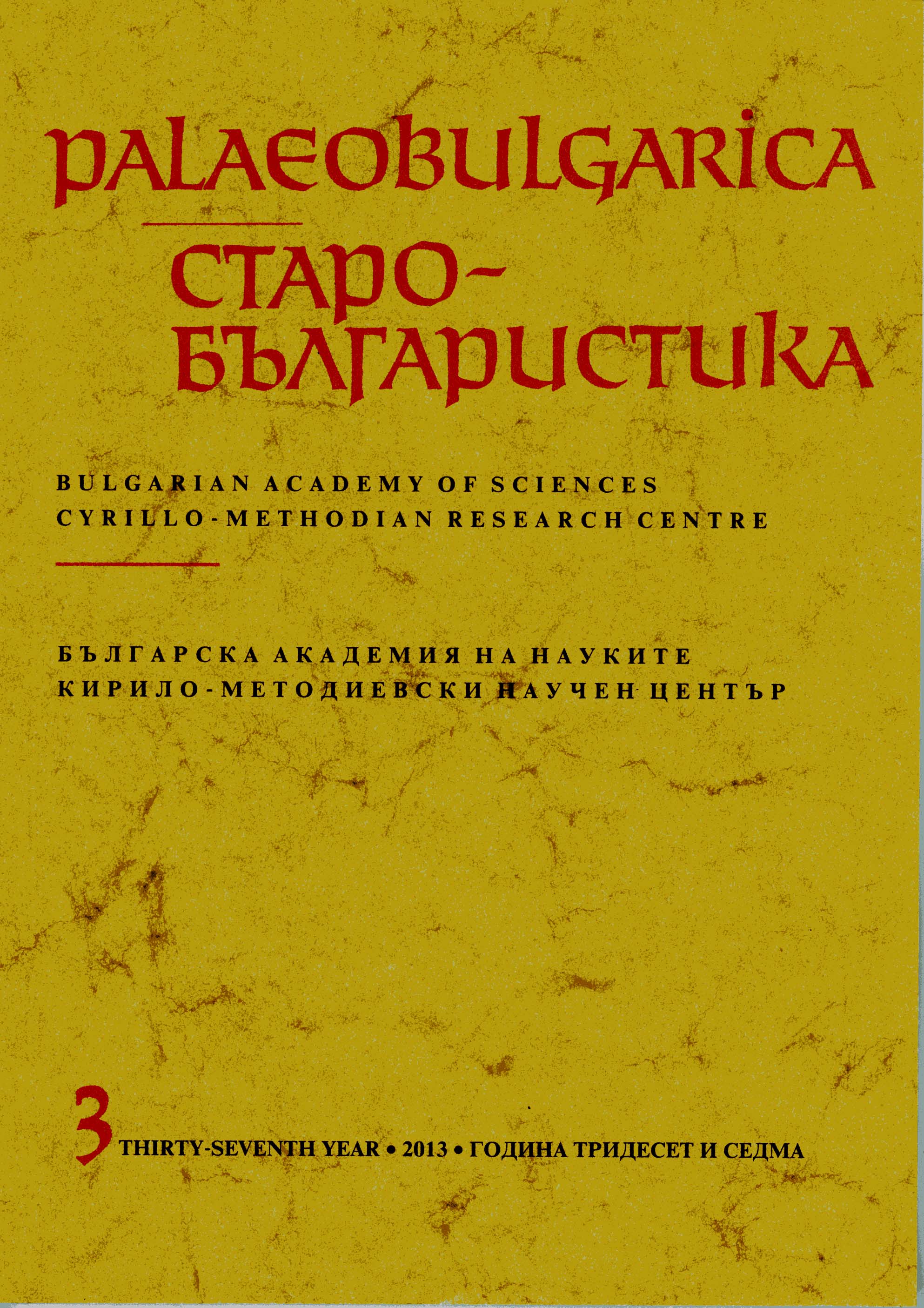 Summary/Abstract: The article provides some additions to three published inscriptions on frescoes dated to the 15th century from Bulgaria and present-day Serbia.1 .An inscription from the fresco "The Vision of St. Peter of Alexandria" in the church of the Holy Virgin Vitoshka (1475/1476) at Dragalevtsi monastery (near Sofia). The textual sources of the dialogue between Jesus Christ and St. Peter of Alexandria are specified. Theparticular scene (with the Dialogue) is recorded as early as the beginning of the 13th century in mural monuments on the territory of present-day Bulgaria. The text represents the beginnings of two stichera sung on the Seventh Sunday after Pascha (feast of the 318 Fathers, confessors of the faith of the First ecumenical council of Nicea) as well as a text from the Synaxarion for St. Peter of Alexandria (the 24/25 of November). Particular attention is paid to the Vision scene in the monastery of St. Dimitar in Boboshevo (1487/1488), with its epigraphic integration of hagiographic (/hymnic) and liturgical texts. This could be explained by the participation of two of the painters, who were from the clergy.2. An inscription from the "Melismos" scene in the church of the Holy Virgin Vitoshka. The textual characteristics of the inscription in the liturgical scroll of St. Basil the Great (the beginning of the Prayer during the Cherubicon) are re-examined. There is good reason to suppose that the model of the inscription is a codex, reflecting an early version of this passage as attested in some Russian manuscripts dated to the beginning of the 13th century.3. Ап inscription surrounding the image of Jesus Christ Pantokrator in the church of St. John the Theologian at the monastery of the same name in Poganovo (present-day Serbia). The text represents the troparion Sileat omnis caro replacing the Cherubicon in the Liturgy of St. Basil the Great celebrated on Holy Saturday. Considering that the inscription is close to the text in manuscripts NBKM 880 (second half of the 12th century) and NBKM 202 (13th century). Examples from more Greek and Cyrillic manuscripts are added in the study. The epigraphic combination of Sileat and Ps. 101:20b-23a placed in the church dome suggests two options: a) liturgical references similar to these in NBKM 880 are used, or b) different versions of liturgical and epigraphic practice are followed.