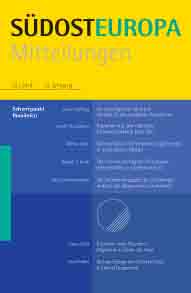 Summary/Abstract: The Social-Liberal Union won the parliamentary elections in Romania that were held in December 2012 by a considerable majority. Its victory represents a turning point in Romania’s political development. After several years of domestic infighting and austerity measures caused by the worldwide financial and economic crisis, the protests of the population against these measures led to the collapse of the government headed by Prime Minister Mihai Răzvan Ungureanu in early 2012, a politician closely linked with President Traian Băsescu. The new interim government of the Social-Liberal Union headed by Prime Minister Victor Ponta unsuccessfully tried to have President Băsescu unseated in a referendum. Following the December 2012 parliamentary elections, despite continuing tensions between the Prime Minister and President, Romania’s economy has been steadily improving, while the social hardships imposed on the population have been alleviated.