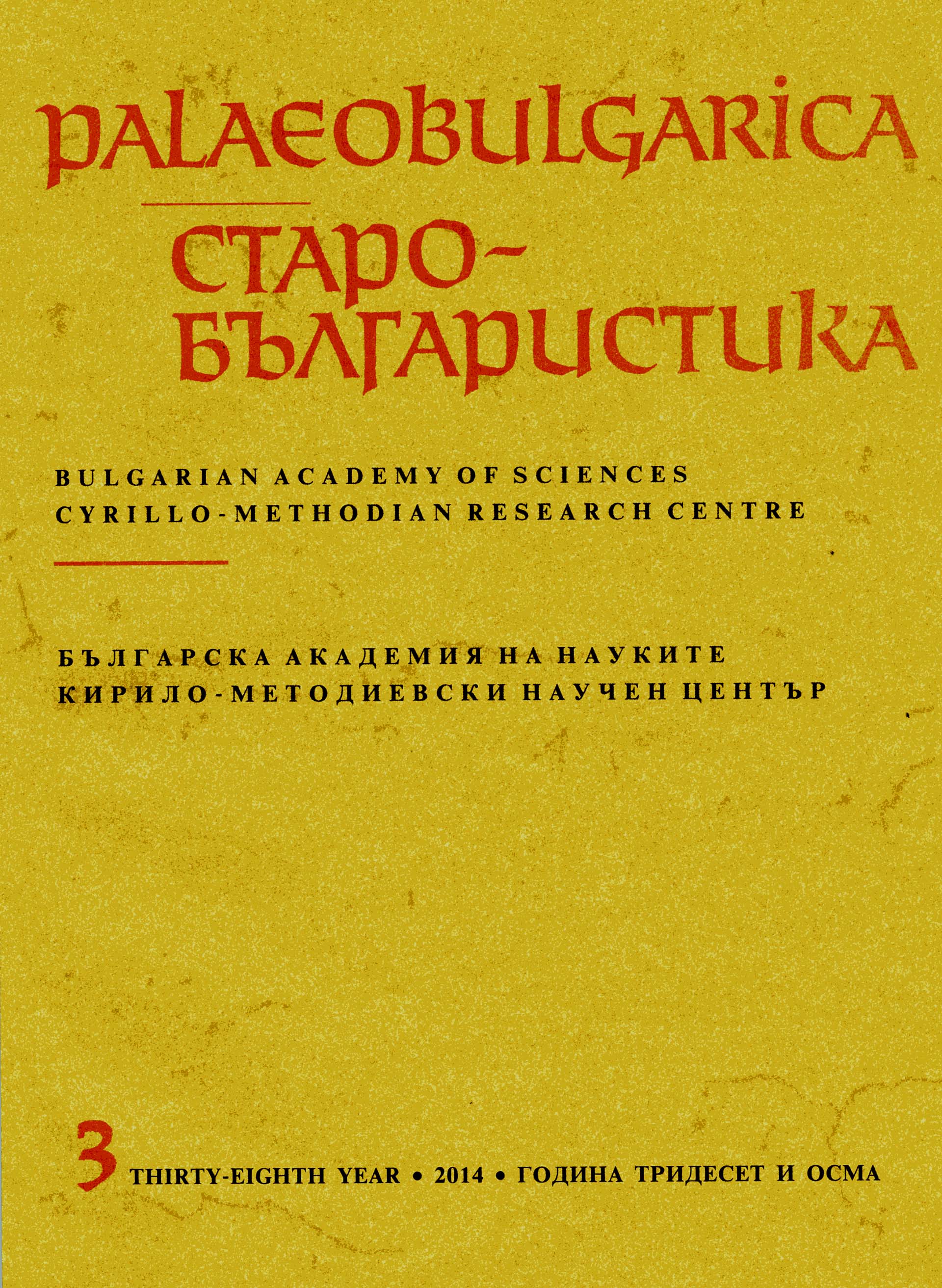 Summary/Abstract: The article deals with different types of multi-word nominations for persons occurring in the Old Bulgarian manuscripts from the 10-11th centuries as well as in the text of some Old Testament books according to their oldest Slavonic copies. The problem that not only words should be considered as units of naming but also some types of phrases is very actual when describing modern languages but new and unresearched for Old Slavonic languages. The authors aim at observing multi-word nominations that are units of designation (and therefore lexical units, just like single words) and distinguishing them from units of description. Such a differentiation is based on the main feature of multi-word nominations, viz. the function of naming linguistic concepts. They also take into account that the major part of multi-word nominations in Old Bulgarian were created in the course of translation from Greek originals. Therefore the Slavonic expressions are described and analysed with reference to their structure and meaning in the corresponding Greek texts.