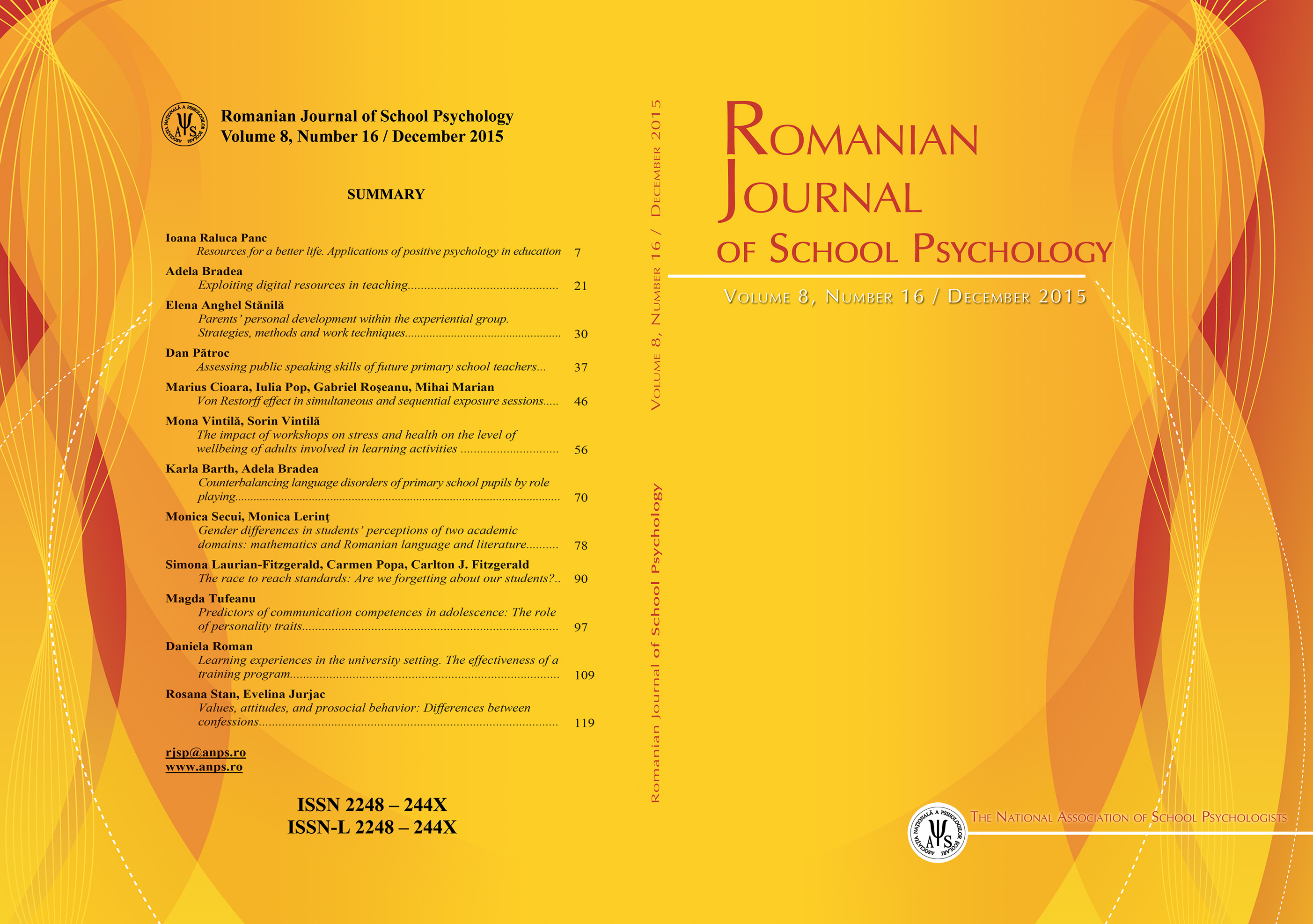 Summary/Abstract: After more than eight decades since Hedwig von Restorff named that a distinct item inserted into a series of homogenous stimuli is better retained that its competitors, the von Restorff effect still remains an intriguing phenomenon. Namely, it is not entirely clear if there are early perceptual mechanisms or deeper cognitive resorts that enhance our memory for distinctiveness. In two studies we analyzed the influence of two factors on the von Restorff effect’s magnitude: the exposure pattern of the stimuli (simultaneous versus sequential exposure /study 1) and the number of homogenous stimuli that precede the discordant item in a series /study 2). The participants in our study were high-school students (N=27 / N=31) whom have been exposed to series of simple visual stimuli consisting of 7-9 items (figures and letters), elements from the same category except one, the discordant item, in order to create a distinctiveness effect. Results indicated a clear superiority of the von Restorff effect’s magnitude in the simultaneous exposure condition and a strong effect of the position of the critical item inside the series for the sequential condition. Implications and future research directions are discussed.