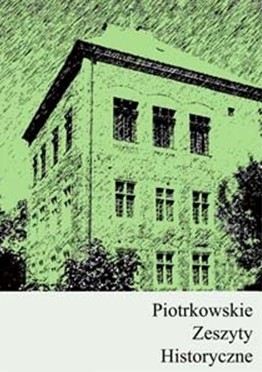 Summary/Abstract: After the war, the Polish nation consistently demanded the punishment of war criminals and did great efforts to register and document these crimes. This applied to German criminals, because nobody then thought of the prosecution of the Soviet crimes, mainly for political reasons. The facts of these crimes were documented throughout the entire war by the Polish government in London and its Delegation in the country. On 9th January 1940, the instruction No. 2 was is-sued. The instruction informed about the creation of the commission responsible for recording the facts and collecting documents concerning the events in Poland. The United Nations War Crimes Commission (UNWCC) was founded in the autumn of 1943 in London. Its task was to get acquainted with issues related to research into the crime by gathering evidence and facts and to develop rules to punish war criminals. On 1st November 1943, the Office of War Crimes in London began its work. It was a place where the accumulated documents were examined and new documentation was being collected constantly, primarily for the needs of the UNWCC. It was also the institution where the international lists of war criminals were prepared. By decree of the Presidium of National Council of 10th November 1945, the Main Commission for the Investigation of German Crimes in Poland was created. Its task was to collect documentation to enable condemnation of criminals for the crimes committed in the years of World War II. The General and the Regional Commissions for the Investigation of German Crimes were also established. The documentation accumulated in 1945–1946 by the Commission was being handed over mainly to the International Military Tribunal in Nuernberg. In 1946, a foreign branch of the commission by the Al-lied Control Council for Germany was created and named the Polish Military Mission Investigation of German Crimes. Soon after the formation of the German Democratic Republic, the so far functioning commission in Poland was converted into the Chief Commission for the Investigation of Nazi Crimes in Poland, pursuant to the contemporary requirements of political correctness, on 22nd December 1949. The Parliament, under the Act of 6th April 1984, after having considered it expedient to amend the legal empowerment of the commission, gave it the status of the Institute of National Remembrance. An important moment for the existence of the commission were the changes that had taken place in Poland and Central and Eastern Europe in 1989–1990. These changes enabled an extension of measures to prose-cute the crimes of Stalinism and domestic repression apparatus. The political and propaganda role of the Chief Commission was abolished by the Parliament of the Third Republic, introducing a novelisation to the Act of 6th April 1984, which changed its operation. It had lost its political and propaganda character, limiting its competence to activities strictly of investigative, scientific research and archival character. The Act of the 1984 was amended, and the name of the Commission was changed into the Polish Nation Chief Commission for the Prosecution of Crimes against the Polish Nation – the Institute of National Remembrance. The Chief Commission had collaborated with the Head Office of National Socialist Crimes Prosecution in Ludwigsburg in the prosecution of the war crimes. Under the Act of 18th December 1998, the Institute of National Remembrance – Commission for the Prosecution of Crimes Against the Polish Nation was established. From 1st September 1999, the Main Commission for the Investigation of Crimes Against the Polish Nation ceased to exist. The Parliament of the Republic adopted a law to establish the Institute, which main objectives were to make accessible the documents of the repression apparatus of PRL (Polish People’s Republic). The activities of the Main Commission after the war may be assessed critically, however, the political conditions in which this institution was operating must be taken into consideration.