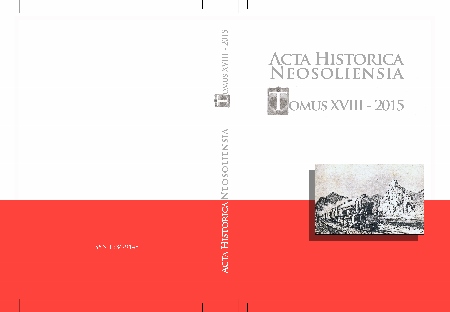 Summary/Abstract: The configuration of the modern public school system started after the Austro-Hungarian Compromise in 1867. Most of the elementary schools in Upper Hungary be-longed to the Roman Catholic and Lutheran churches at that time. The church elementary schools could be characterized by two things. On the one hand they didn’t do for the de-mands of the modern age, but on the other hand they provided mother-tongue teaching for the Slovak population of the area, who were in the majority in Upper Hungary. This duality became the reason of permanent attack on church elementary schools and there were some attempts to revise the 1868 Nationality and Elementary Education Acts since the 1870-s. This process had many stages, but it didn’t managed to reach a breakthrough till 1907. The Ap-ponyi school laws in 1907 reached serious results in the field of the modernization of the elementary school system, but most of the church schools were nationalized. At the end of the Dualism only the 10 percents of the Slovak population of Upper Hungary could speak Hungarian, while only the 30-40 percents of them were illiterate. These data can prove the results of the modernization and the failure of the Magyarization in the area of the public school system.