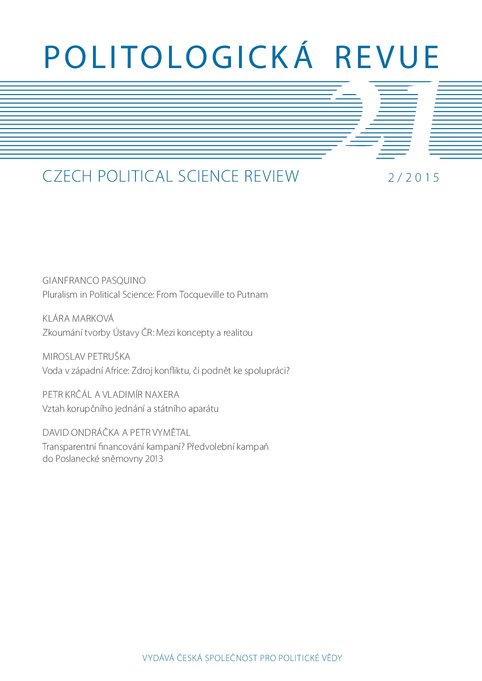 Summary/Abstract: Political party financing, disclosure and transparency are some of the key issues anti-corruption organizations in the Czech Republic have been promoting in the political agenda. Although long-term eff orts to strengthen the legal framework have been unsuccessful until now (another attempt is taking place at the moment), some political parties have begun voluntarily implementing tools to increase transparency of election campaigns, namely the establishment of transparent (open to public oversight) bank accounts (TA). This article examines to what extent a TA for political parties and movements for the election campaign influenced and caused a real positive impact on the level of transparency in the financing of early elections to the Chamber of Deputies in 2013 in the Czech Republic. Particular attention is given to the income and expenditure transactions that were classified, according to the developed codebook, into several categories. Part of the monitoring is also to track spending costs on advertising, PR and media services and use data on TA to assess whether political parties and movements during the election campaign utilize traditional (printed) means of media presentation or rather new (and social) media. Finally, the article addresses the major weaknesses and limitations of the use of TA in the efficient oversight of political party financing.