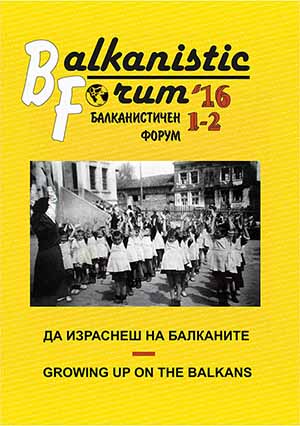 Summary/Abstract: The author analyses the educational policy to the Bulgarian speaking Muslims (Pomaks) in the West Rhodopes mountain in the period between the First and the Second World Wars. The foundation of Bulgarian schools and the first meeting of the local Muslim population with the secular education have been followed. Special attention has been paid to the difficulties faced by the first teachers related to the bad conditions they had to work and to the imposition of the school institution as factor in the everyday life of the local population. The life trajectories of the first teachers who permanently settled down in the region have been concerned. Their activities for “affiliation” of the local population to the Bulgarian nation in the period between the “conversion to the Christianity”(Krastilka -1912-1913) and the assimilation policy of Union “Motherland” (found at the end of the 1930s) proves the thesis of the continuity of the assimilation policy of the Bulgarian state to the Bulgarian speaking Muslims.