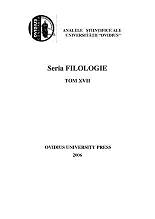 Summary/Abstract: The essay investigates how early modern maps of the New World both as a mode of representation (i.e. a view of the self) and as a scopic instrument (i.e. a view of the other) translated the European view of the other as a monstrous (and) female body (the latter on the verge of object-ification), consonant with its representation in anatomical illustrations belonging to the early modern culture of dissection. It is my contention that the early modern discourse of “discovery” expressed deeply ingrained European anxieties about corporeality as the realm of the irrational and uncontrollable, imaged cartographically in monstrous-qua-female terms and “tamed” through dissection in anatomical illustrations. Such representations were predicated on the disciplinary zeal of modernity, which successfully suppressed the workings of its rhetoric, and were the output of white men trying to conquer, know, tame and colonize a confected other construed in terms of (abject) female bodiliness or irrationality.