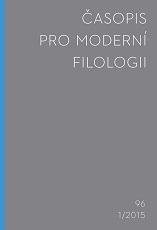 Summary/Abstract: The word form to (that. SG.N) traditionally tops frequency tables in corpora of spoken Czech: as a universal (gender- and number-neutral) exophoric (deictic) and endophoric (co-referential) device, it is crucial for spontaneous, unplanned discourse which requires reinforcing references to the context and co-text. Our estimate based on the ORAL series corpora is that about 70% of the instances of to in informal spoken language preserve strong referential semantics (i.e. the endo/exophoric function is preserved). In the remaining cases these functions are attenuated to different degrees: about 20% are part of what a phraseologically-oriented account would consider as indivisible chunks (often multi-word units expanding on the stub to + je.be.3SG), whereas the remaining 10% are purely pragmatic (chiefly serving as a turn-taking/keeping device). As the data show, to can even be prefixed, acting as a surrogate verb, and it is often reduplicated; both strategies indicate an attempt not to yield one’s turn while searching for words. A comparison of their relative frequencies in spoken and written corpora reveals these constructions as characteristic of spoken language.