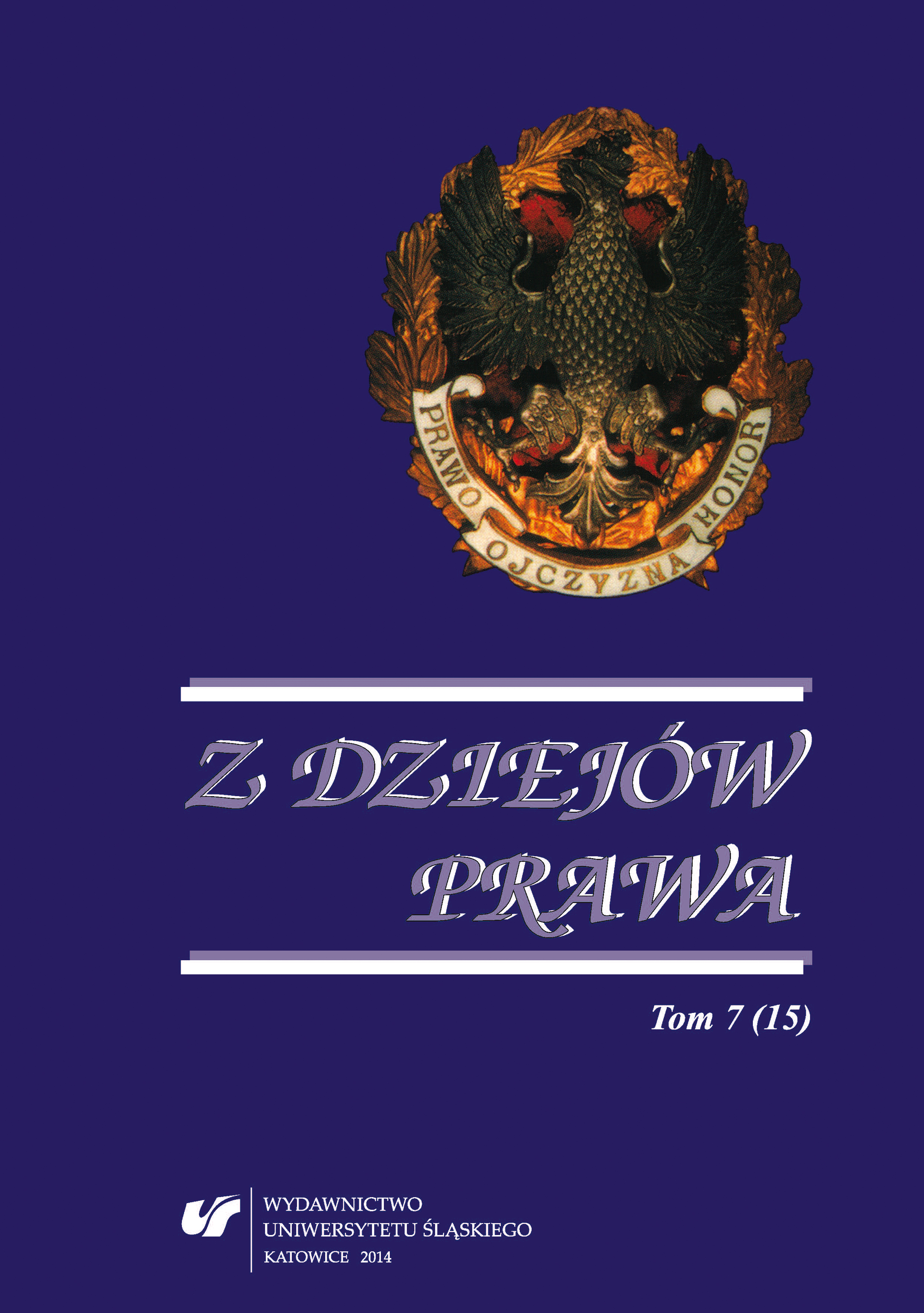 „Nierównie skrupulatniejsze i szczegółów sięgające są prawa litewskie względem polowania. Duch jednakże tego prawodawstwa różny był w różnych..."
“In truth, there is much more precision and detail to be found in the Lithuanian laws on hunting. The spirit of the legislation, however, differed..."

Summary/Abstract: Due to the rapid economic changes which took place in Lithuania in the 16th century, there emerged a strong trend to further codify the regulations regarding forestry, beekeeping, fishery, and hunting. This trend found its reflection in the legal rules of that time, including the Statutes of Lithuania of 1529, 1566, and 1588. The particular regulations included in these codifications reflect the gradual process of consolidation of the rules regarding the exclusive hunting rights of the owner. In the light of those rules, it is possible to notice a certain tendency to formulate increasingly restrictive bans on hunting on somebody else’s grounds as well as to gradually limit the possibility to pursue the animal on somebody else’s land. At the same time, however, the statutory law attempted to limit the possibility of a potential conflict arising on those grounds, especially with regard to the practice of wchody (the right to enter royal forests and utilise royal property such as timber, hay, etc.), extremely popular in the Grand Duchy of Lithuania. The attention to detail when it comes to this particular area of the Lithuanian law can be seen, e.g., in the detailed regulations concerning protection of birds’ nests or beaver lodges.