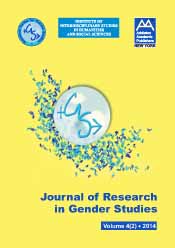 Summary/Abstract: In China since the mid-2000s, much media attention has focused on the plight of unmarried, highly educated, urban professional women who are at the forefront of a trend of delaying marriage. Called “leftover women” (shengnü), they are deemed increasingly unmarriageable due to their advancing age – starting from their mid-20s, and perceived unfeminine natures. This derogatory label evokes contempt and pity toward these women, and fuels their anxiety, as even younger women worry about becoming unmarriageable. To better understand how such individuals interpret and navigate social change, I explore their experiences of being single, in light of the negative media discourse; their views on marriage in relation to their self-identities and life goals; and their aspirations for the future. Fieldwork for this article was conducted in Beijing and Sweden in June 2008 and in Shanghai in June 2012. It included in-depth interviews and participant-observation with 14 highly educated professional women between the ages of 26–38, including 11 who were never married, 2 who were divorced, and 1 who was recently married (at age 33). My informants shared a profound ambivalence about marriage. They desire the good life, requiring financial security, and they expect romantic love, signified by autonomy in spouse selection and an egalitarian, companionate-style marriage. They also invoke notions of filial piety, accepting some parental interference in marriage and intending to bear them a grandchild. Further, they all expressed contradictions between their own aspirations and a social reality characterized by inflexible and unequal gender norms, relations, and roles, as well as a dearth of support for career women’s double burden. Although they were negatively impacted by patriarchal constraints, including the pressure of being labeled “leftover women,” these women were not stereotypically stuck or desperate. Rather, they contested normative gender by crafting new identities and roles as independent women, and critiqued gender inequality by promoting egalitarian gender relations in marriage. Therefore, I argue, these women are spearheading “emergent adulthood” in China: the renegotiation and potential redefinition of womanhood through fiat and fact of delaying of marriage.