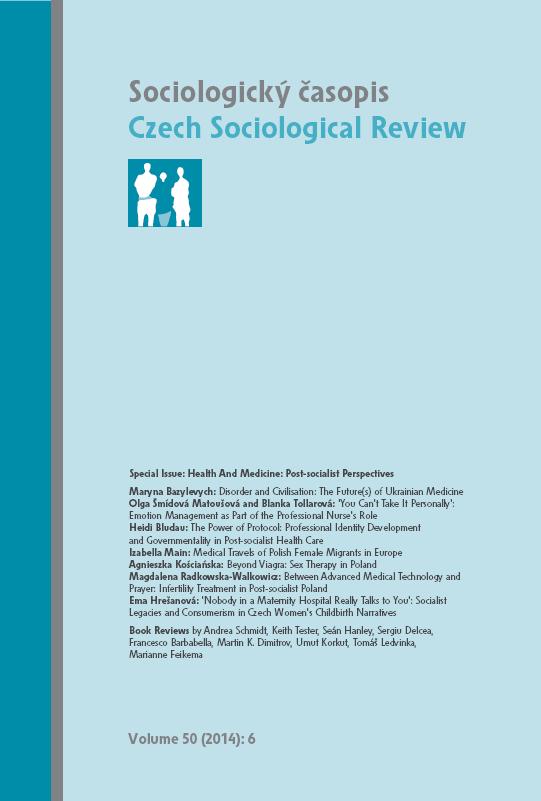 Summary/Abstract: In Poland, invitro fertilisation technology (IVF) has been in use for over 25 years, garnering success and social approval. However, in 2007, a heated debate erupted on the moral, legal and economic aspects of IVF. A growing chorus of emphatic Catholic voices calls for IVF to be banned. This paper focuses on ‘naprotechnology’, a new actor and a fresh card in Poland’s IVF debate. This method of treating infertility in accordance with the teachings of the Catholic Church is promoted as a cheaper and more effective alternative to IVF. Naprotechnology is primarily based on close observation of the female fertility cycle, but also involves pharmacological or surgical treatments. Most Polish gynecologists specialising in infertility treatments are strongly critical of the method, which is seldom referenced in international medical literature. Nonetheless, naprotechnology has considerable exposure in major Polish media outlets. The method has been debated in the Polish Parliament and is promoted by many politicians. The author argues that, despite the possible perception of naprotechnology as an emancipating force, it is in fact a form of a colonisation of the female body and strengthens traditional gender imagery and modern forms of discipline (control, confession, body regimes).