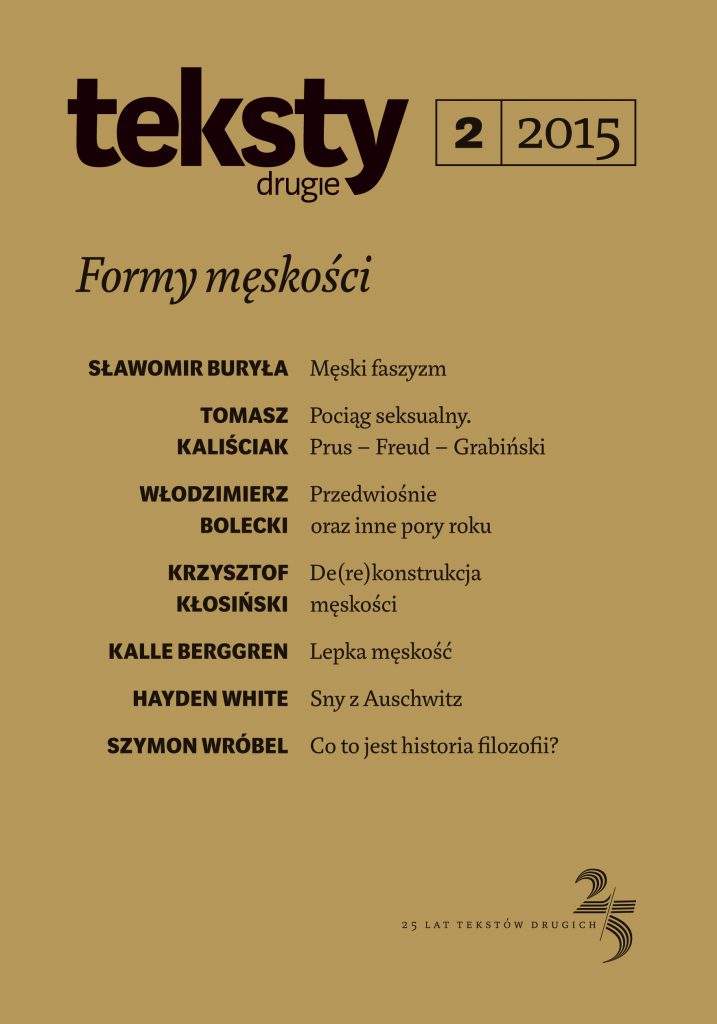 Summary/Abstract: This article portrays modern masculinity at the turn of the nineteenth and twentieth centuries, when modern technologies, especially the railway and the steam engine, forged new images of masculinity. By revealing human passions, the railway modernized not only social and economic life but also the life of the psyche. Thereby it influenced the formation of psychoanalytical discourses. In tune with Freud’s concept of the sex drive, the railway was inscribed into the economy of male desire, thus forming the framework to express literary characters’ identity. The transformative effect that modern mechanization had on models of masculinity is visible in the male characters in works of fiction where the railway features prominently, such as the works of Stefan Grabiński, but it also marks the character Stanisław Wokulski in Bolesław Prus’s novel The Doll. Modernization is associated with concepts such as “railway neurosis” or “dissociative fugue” (ambulatory automatism), which Kaliściak discusses as prototypes of male hysteria.