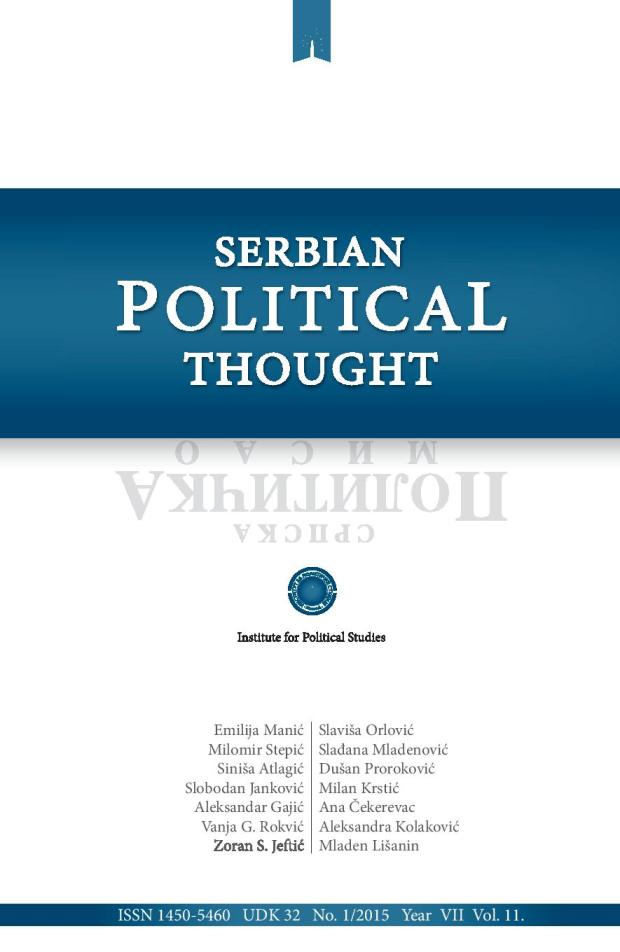 Summary/Abstract: A year ago, during the devastating floods that hit Serbia, writings of certain users of social networks, characterized as panic spreading and threat to security, was met with condemnation of public officials. They were led by the Prime Minister of the Republic of Serbia Aleksandar Vucic. In this paper, we are trying to carry out a scientific description of the actions of the government, especially of the Prime Minister, towards one group of social networks users. The theoretical framework that we are going to use is the theory of securitization, as a normatively neutral analytical framework. The primary method we are going to apply is critical discourse analysis. We are going to test whether the Prime Minister of Serbia securitized the activities of certain users of social networks in the Republic of Serbia, which is the first research question of this paper. The starting point of this paper is that the Prime Minister did commit aforementioned securitization. Bearing in mind the different form compared to traditional securitizing move, another issue to which this work will seek to provide an answer is what the reasons that led to the successful securitization were, despite of certain shortcomings in relation to the purely theoretical model (primarily in terms of “security grammar”). The paper argues that this is due to the socio-political and socio-linguistic dimension of the context in which the securitization was carried out.