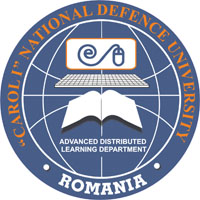 Summary/Abstract: In order to accomplish missions, naval ships must be able to stay at sea for a prolonged period of time in specific areas without having the opportunity to reach the shore for replenishment. Thus navy ships are equipped to perform Underway replenishment (UNREP) (US Navy) or replenishment at sea (RAS) (North Atlantic Treaty Organization / Commonwealth of Nations) with fuel, ammunition, provisions, and spare parts. Replenishment at sea represents another potential collision situation at sea as a result of operating within short distances of the ships involved in this operation. Ongoing safely replenishment at sea operations involves highly skilled personnel on both ships such as: the very best of helmsmanship for keeping a steady course and the officer of the watch to bring the ship into position and match speed. As the two ships close each other, the hydrodynamic forces will both change and increase noticeably. Knowing the hydrodynamic interaction loads between the vessels engaged in RAS operations is highly advantageous. "Mircea cel Bătrân" Naval Academy (MBNA) uses a top notch "Integrated simulator for driving of watercraft" that meets the Standard Certification No. 2.14 for Maritime Simulator Systems, adopted in January 2011 for training and development of practical skills of teams onboard naval ships in order to safely perform replenishment at sea operations. Using "Integrated simulator for driving of watercraft" capabilities, underway replenishment operations can be performed with the use of two ship model types: delivery ships and receiving ships. The parameters of refueling underway are: the admissible course and speed deviation of the receiving ship, the admissible deviation of the phone and distance (P&D) line angle from the normal to the plane parallel to the centerline plane of the receiving ship, the maximum length of the P&D line and the maximum break force of the span wire. RAS module of the simulator is used for training of undergraduate students and also embarked personnel onboard Romanian Navy ships. The aim of this paper is to present how practical skills and competences necessary for military personnel onboard ships engaged in replenishment at sea operations can be achieved through simulated exercises in different hydro-meteorological conditions.