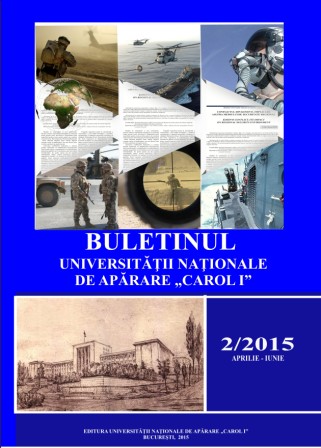 Summary/Abstract: At the beginning of the 21st century, cosmic/air forces were admitted as being the most significant structures of state or allied military power, as they can destroy the military potential of the opponent before their own Navy /land forces entered the strategic disposal. This kind of approach in the dynamics of joint operations will facilitate achieving victory with minimal losses of own allied troops / coalition troops. This article will present some conceptual guidelines over the aerial threats and aggressions for troops and targets from ground forces area of responsibility.